A house of 250m2 for a young family in an almost rural area part of Athens Paiania, was designed in a plot of 500m2. As the first house that was going to be built in this new suburb, but not the last we had to consider future developments but start from an almost white paper. Nevertheless due to crisis new developments are not due to appear any time soon. 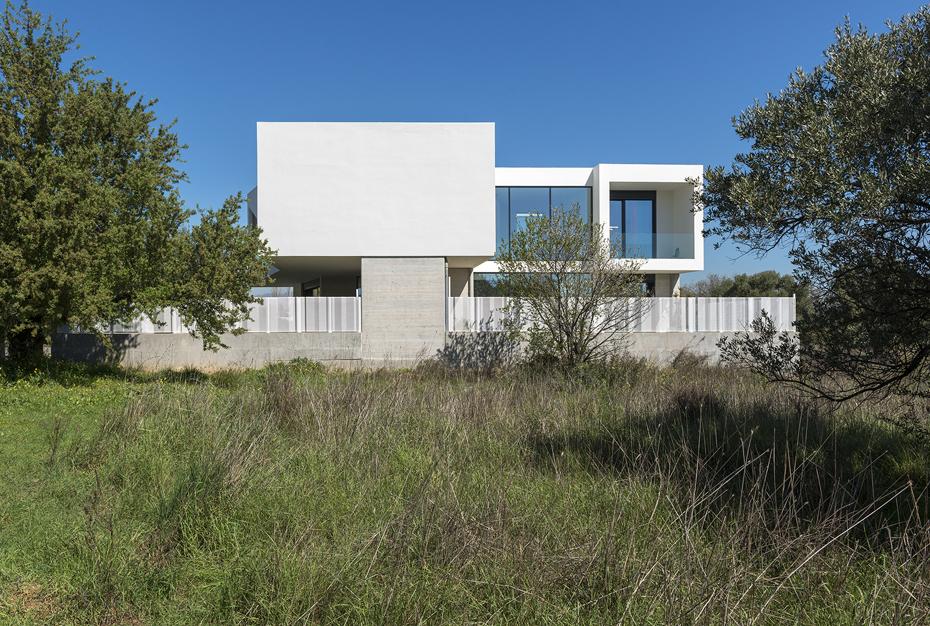 We figure that we should try to design walls in the ground floor in such way that would allow light and views to penetrate the house and enclose the house from the outside creating angles that would protect the house from the north cold wind and allow light enter from east, west and south. Placing the house was after considering different options for future developments in the adjacent plots. The flexibility in our plan follows the principles of the stone vernacular Greek architecture, but differentiates itself in the ways of the lightness that we propose. It is a fight between lightness, void, transparency and volume. 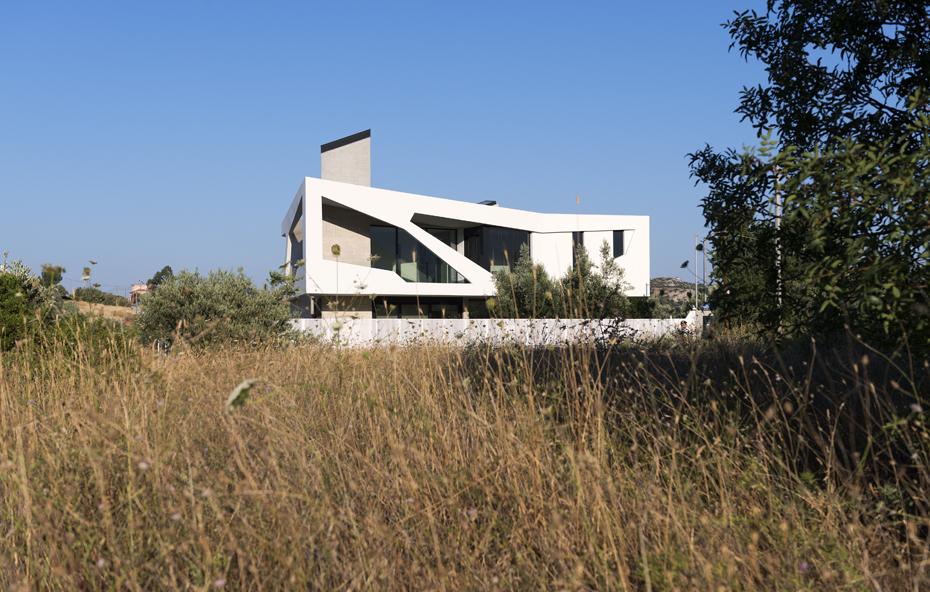 To these external walls that were made by exposed concrete we added three volumes that created the light wells and the structural support for the house. They became empty volumes that ended up at the roof as light chimneys. The void becomes the structure.

Ground floor is connected with the garden through the openings and becomes the center of the life of the family. Interior and exterior are connected as window frames vanished inside wall cavities. As being outside the city the relation of the house with the garden became very important and the design tried to create different qualities for different times of the day and for different seasons on the outside space. 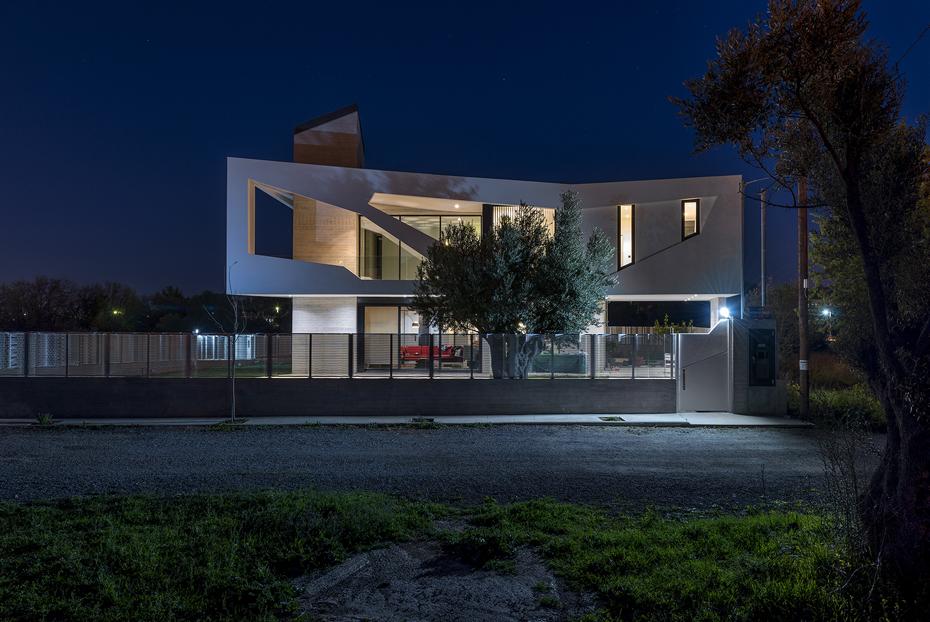 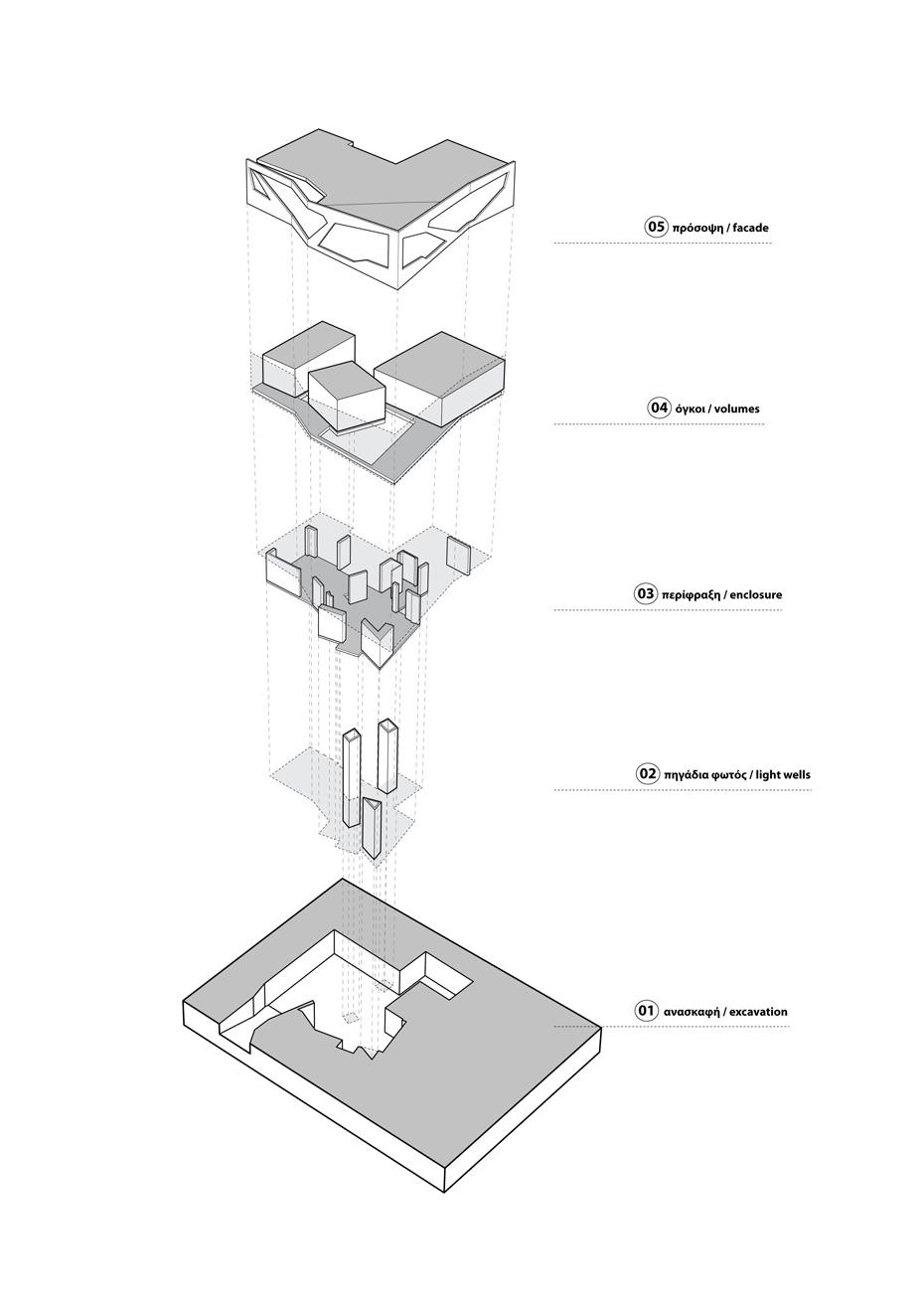 The layout of the three white cubes creates a small village inside the house. Each cube was designed as the “home” of the different members of the family. This is the private part of the house while the ground floor is the “public”. The three cubes are almost hanged from the ceiling as double height voids separate them make the house feel larger than it is and creating internal views and facades. The three cubes are connected with corridors- bridges- standing points. Small or larger balconies being part of the cubes or cantilevered by them creating an organic like façade which follows graphically the plan of the house.
The house itself stands out form the rural landscape. It is the first house of a new suburb to be. 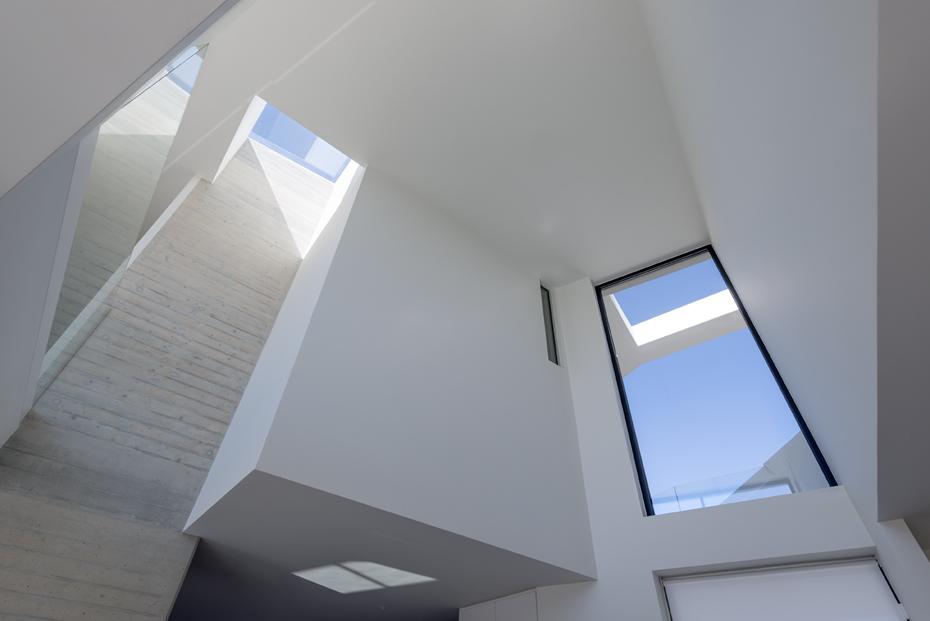 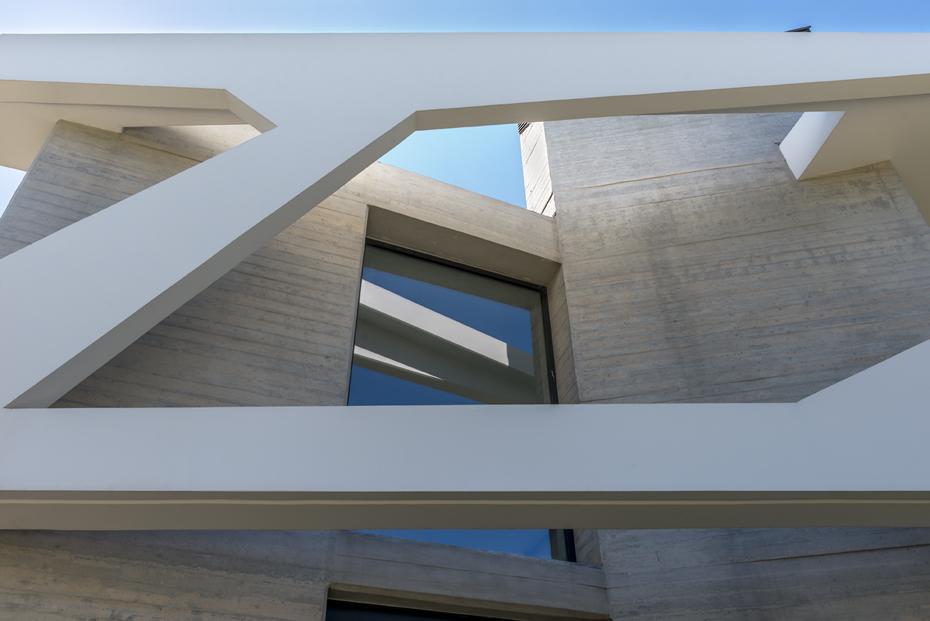 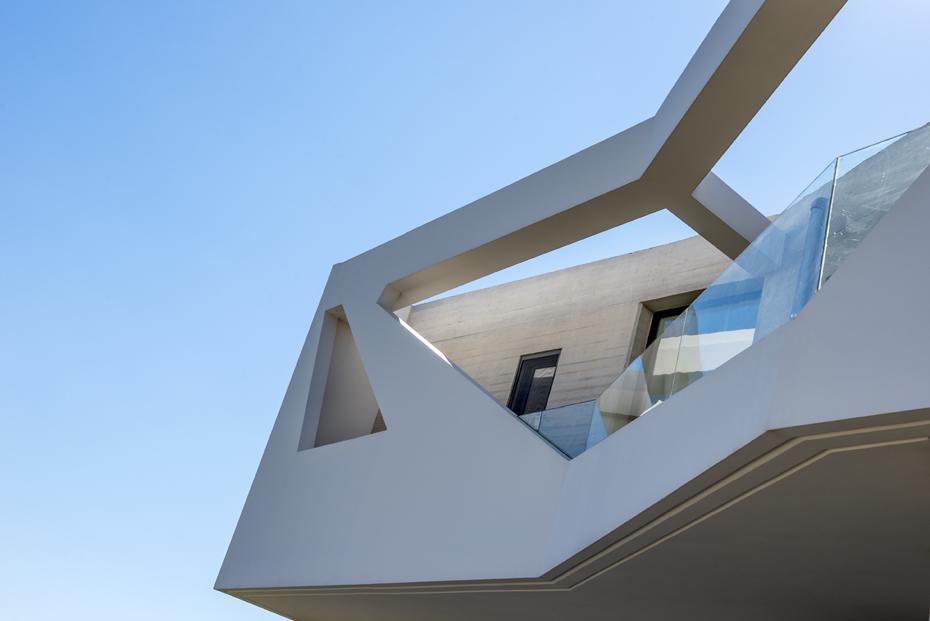 KLAB Architecture (kinetic lab of architecture) is the architectural practice of Konstantinos Lambrinopoulos, founded in 2001. The Athens and London based studio has worked on a number of important collaborative projects with practices in the UK, France and the US, has been included among the fifty most upcoming architectural practices in the world by Wallpaper magazine and featured in the book STARCHITECTS of Collins Design editions among the 65 visionary architects of the 21st century. KLAB are going to be among the speakers of Esw Conference 2015, proudly supported by Sias SA.