The apartment development is situated in Annenheim, on the foothills of the Gerlitzen mountain in Carinthia – Austria. The steep south-facing elongated site offers spectacular views towards the Lake Ossiach and the Landskron Castle beyond. 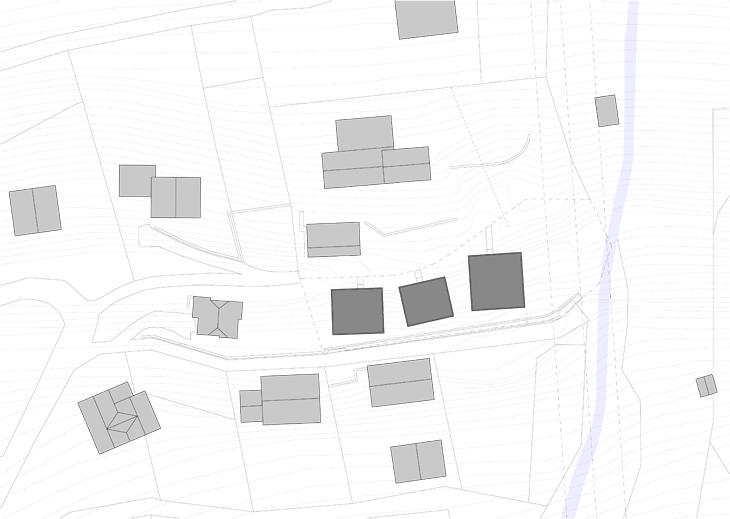 The scheme is broken down into three cubical volumes, set slightly at an angle to each other creating a choreographic movement, allowing the existing green topography to continue in-between. The three cubes relate to the scale of the surrounding structures -mostly private homes and barns- while their in-between spaces frame and reveal views to and from the site. 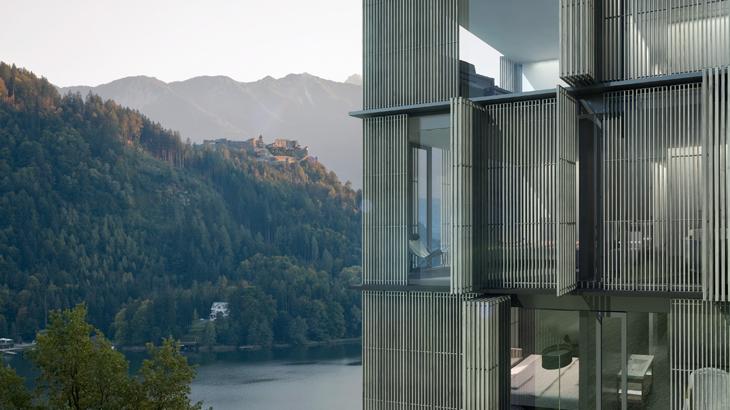 The ground floor is revealed as a ‘tilted, open’ plane, a single continuous green roof below which the car parking and auxiliary facilities are placed. Above this base one three-floor and two four-floor volumes emerge. Three separate entrances allow access to the vertical core connecting each cube while the visitors’ access to each block is from the rear side at the top. 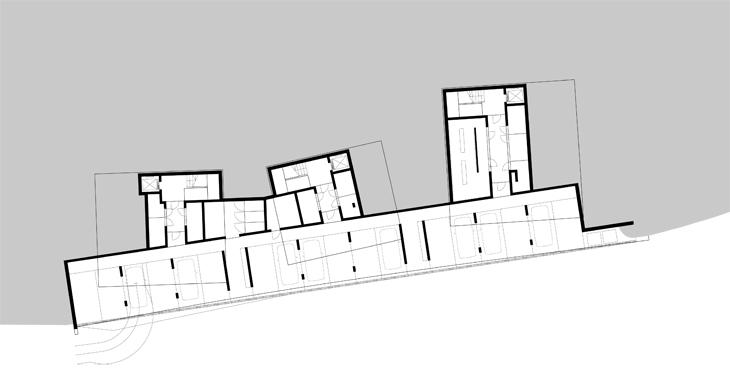 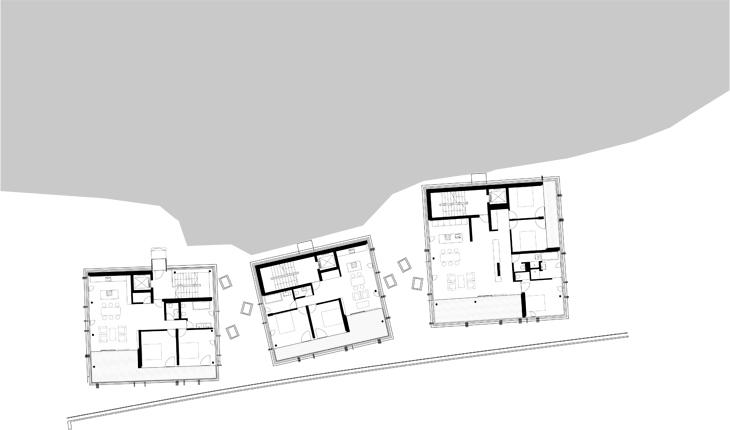 The vertical circulation is thus placed in the rear of each structure allowing the living spaces and bedrooms to be organized in the south facing front exploiting the spectacular views and maximum natural light. With the exception of the two, duplex ground floor apartments, the apartments cover an entire floor of each cube. 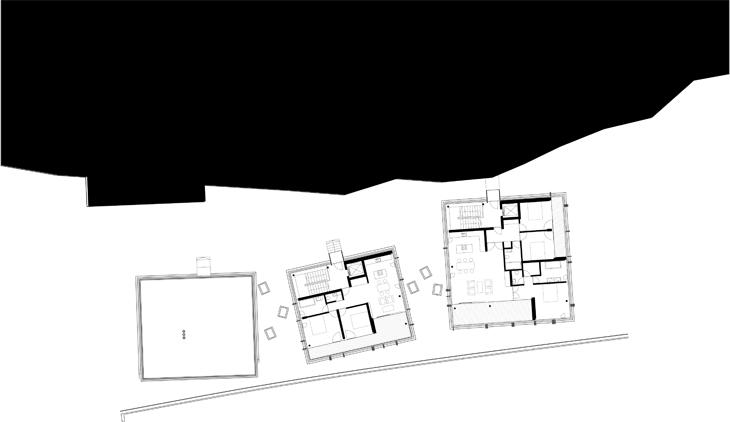 The three cubes are clad in sliding and open-able timber larch panels delineating an outdoor space and providing privacy and sun protection. The generous south facing balconies are designed as extensions to the living indoors for the warm summer months and as in-between climatic buffer zones for the cold winter months. 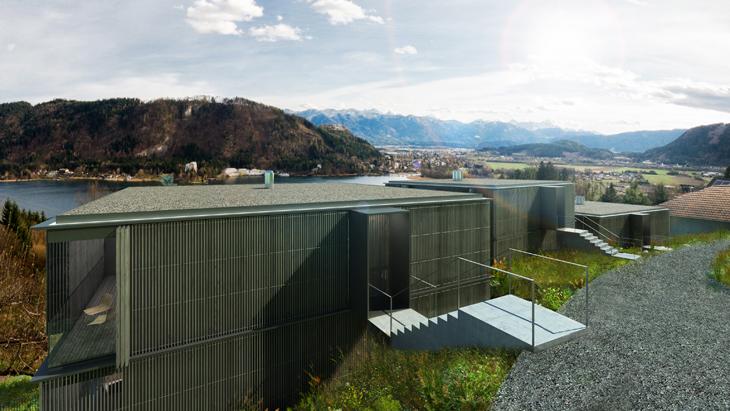 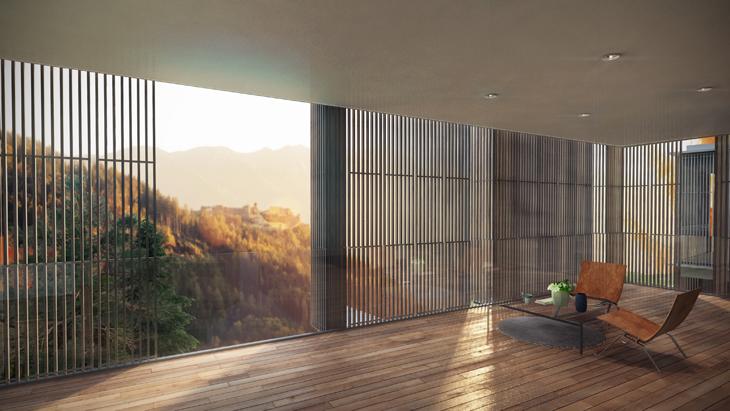 The low energy concept is achieved with the application of high performance energy glazing systems, adequate thermal insulation, the selective use of consciously sourced materials and bioclimatic principals such as self-shading and cross ventilation, guaranteeing that the development will meet the highest building performance and energy standards despite the extensive glazed surfaces.