The Onassis Foundation, in order to expand the administrative offices of its cultural center, acquired a four story building behind the Onassis cultural center and commissioned four architectural offices to conduct a preliminary design on the refurbishment of the building.

SCHEDULE
The program of the new building called for seminar and lecture rooms, marketing, cultural and financial departments to occupy a floor each, as well as part of the building to be devoted to Kavafis’ archives. 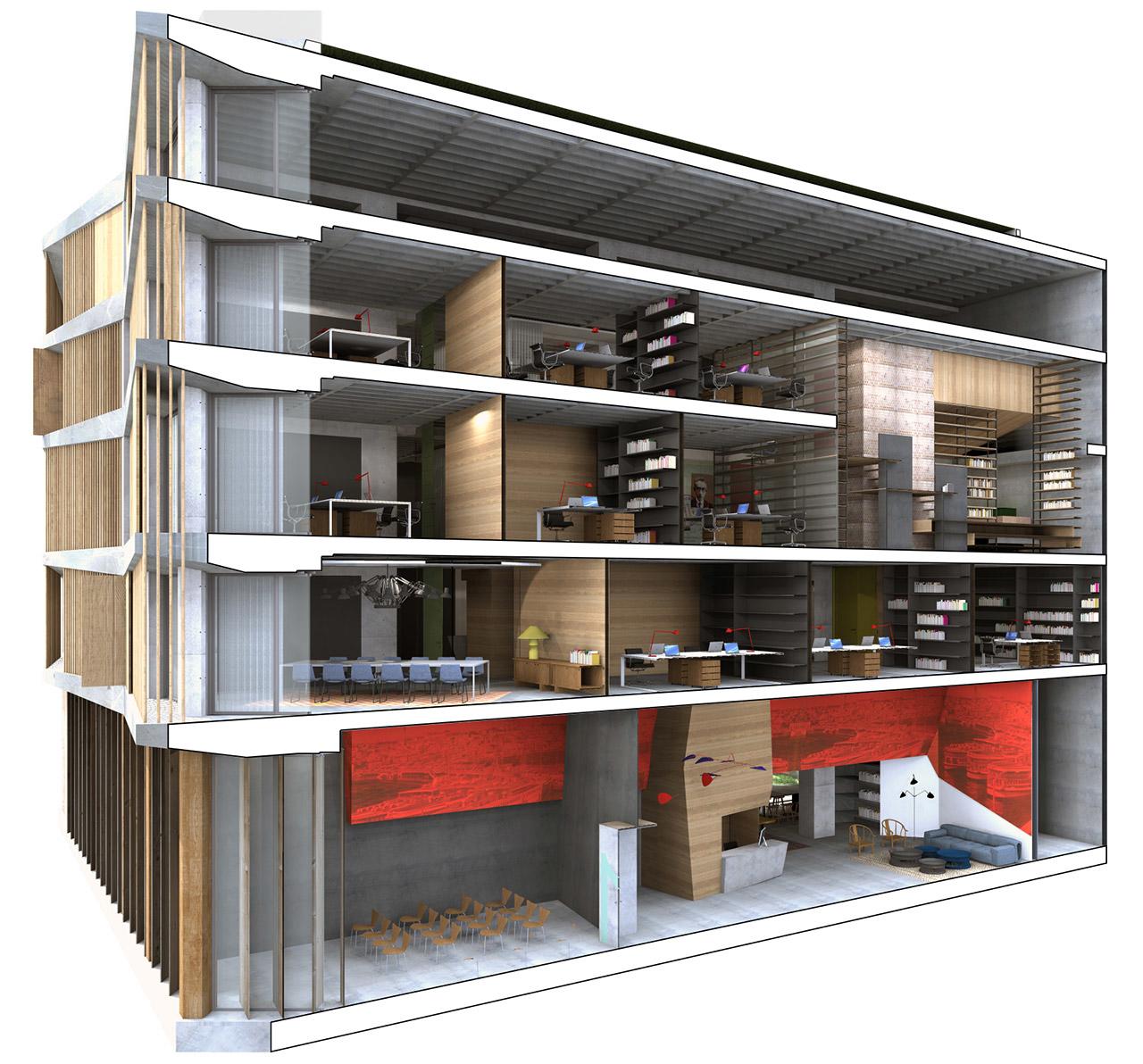 The organisation of the building’s functions as well as its proximity to the main building of the Onassis Cultural Centre require deeper investigation and lead to the following observations. The Onassis Cultural Centre building is monolithic and impressive, massive, with a repetitive facade, harmonious and minimal, very horizontal. The offices of the Onassis Cultural centre consist of its mechanism, the place where the procedure of every production is taking place. The offices are a hub where all the ideas are exchanged. It is a vivid space that works on a rhythm in synchronicity with the main building.

The building of the offices follows a new tone. The horizontal element of the main building is maintained by accentuating the slabs on the balconies. This element is enriched by the interruption of vertical elements in order to create a new melody. 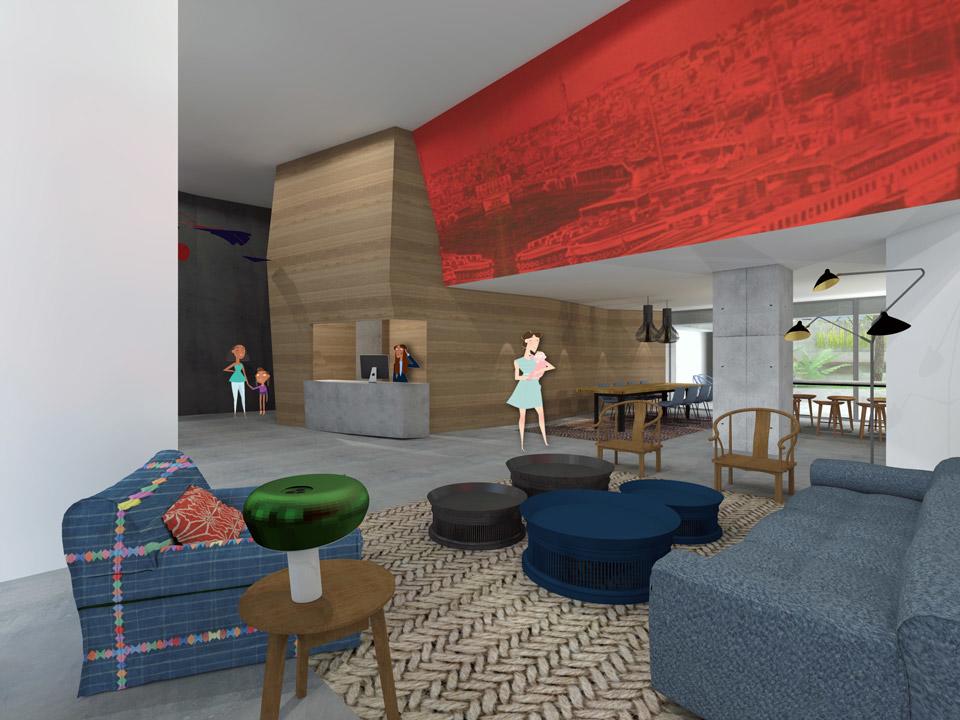 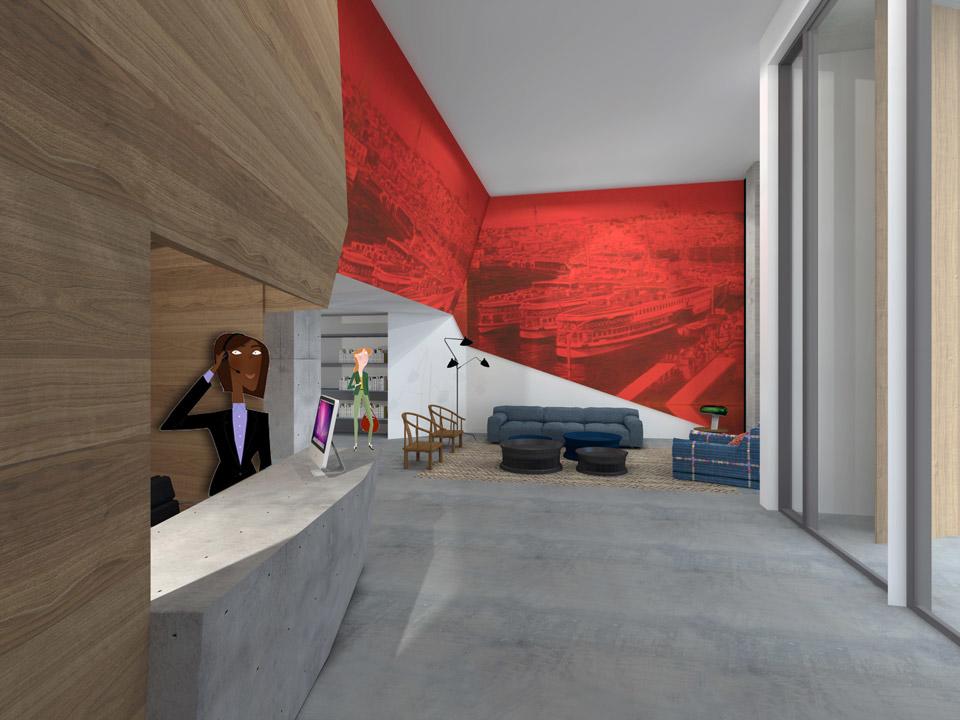 The envelope of the building is a series of polylines. Situated on a street corner, the building has three faces and as such develops a greater communication with the rest of the neighbourhood. The facade of the building does not remain flat, but moves in and out, being somehow permeable. 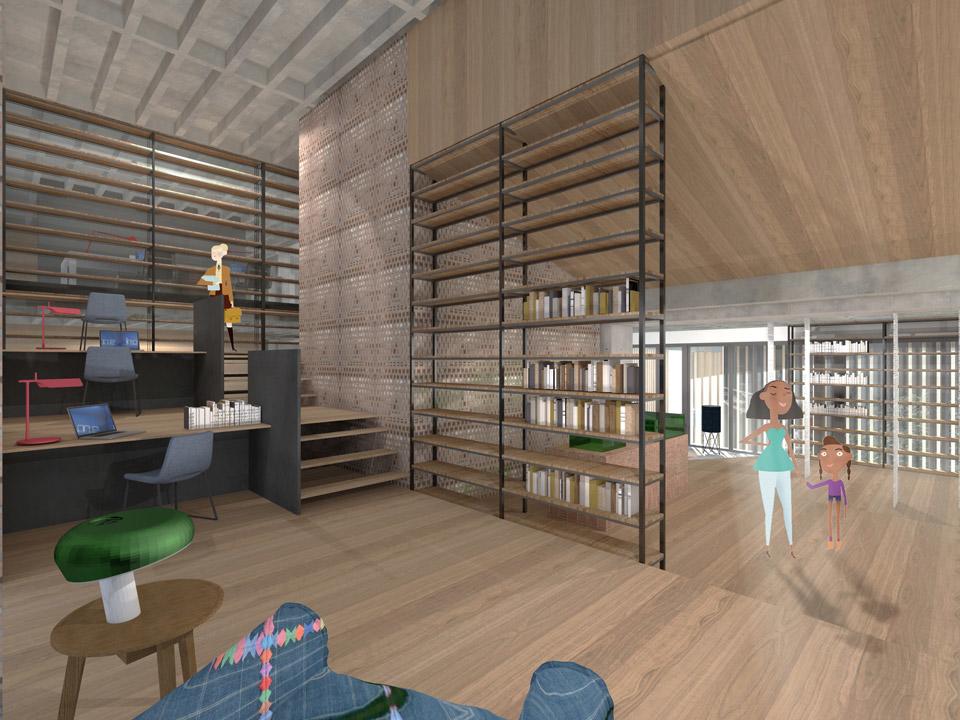 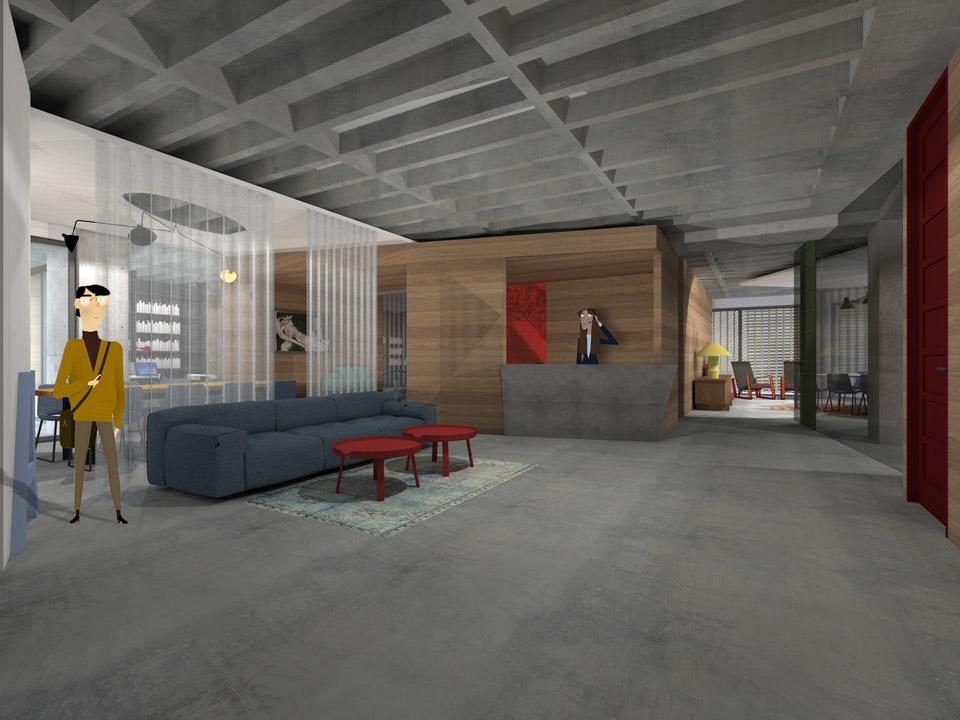 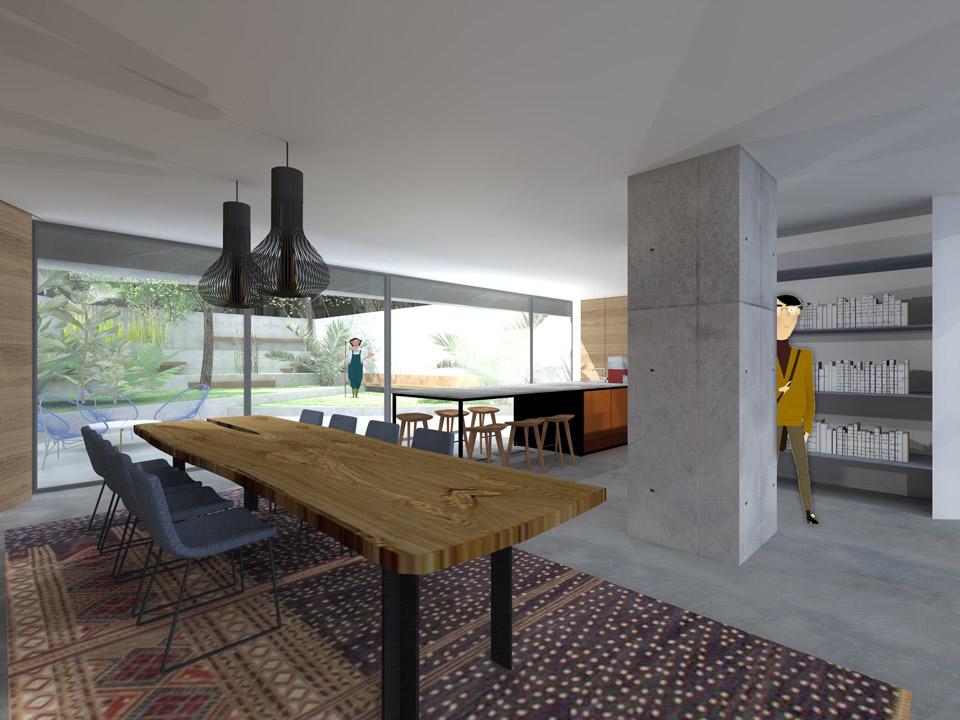 The offices become a dynamic space with a friendly homey atmosphere that helps the collaborations of the workers. 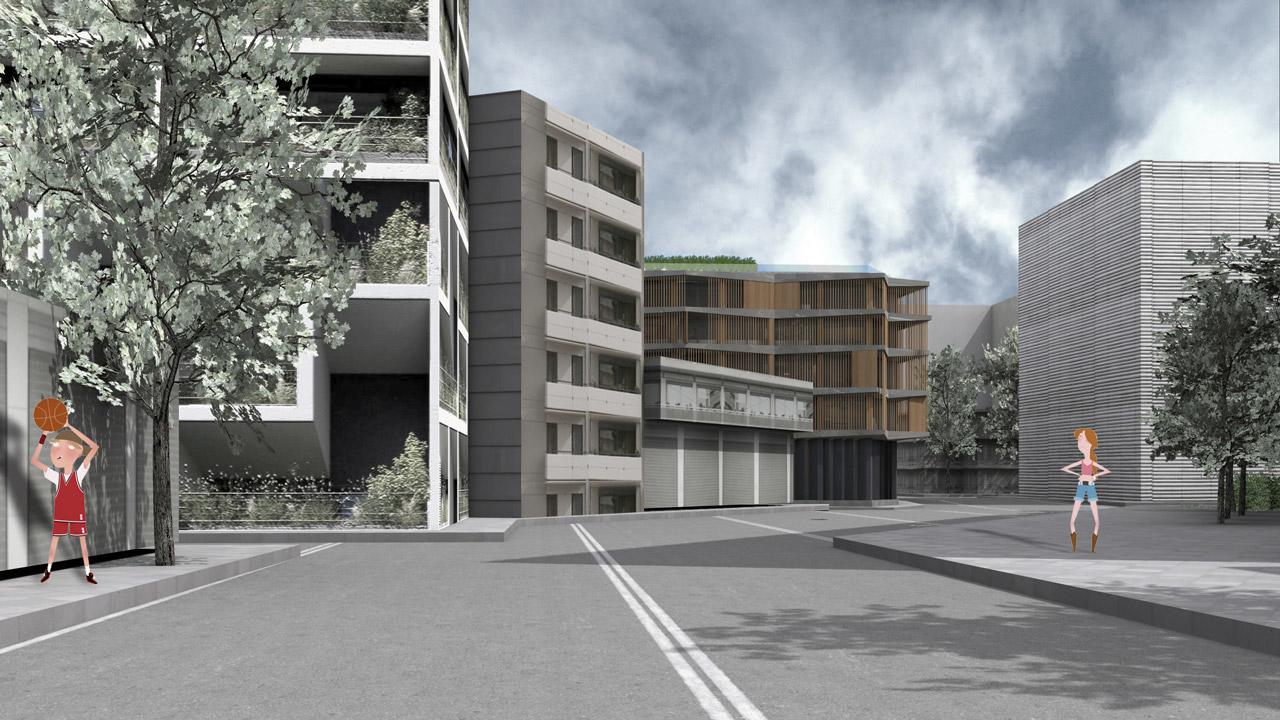 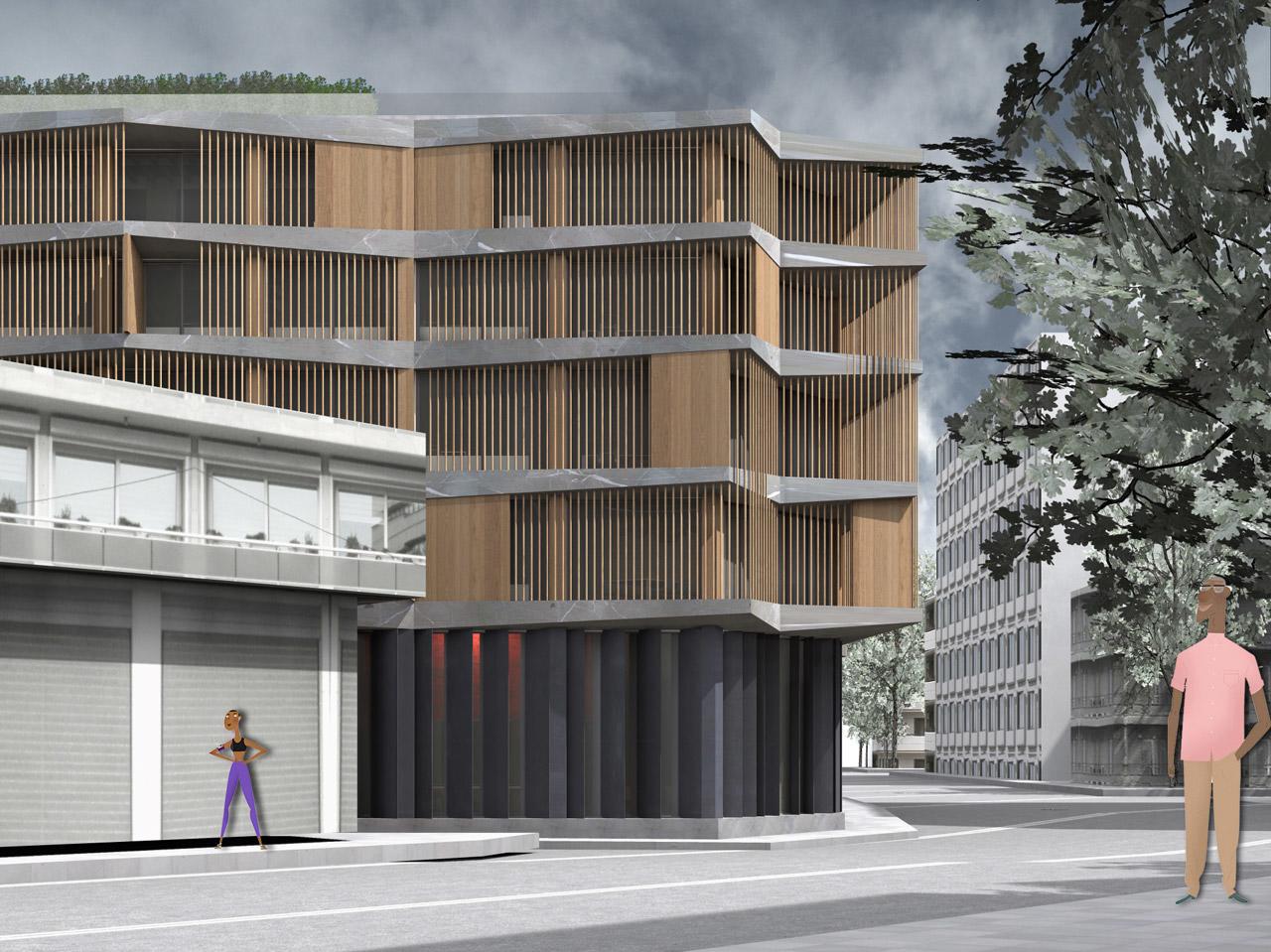 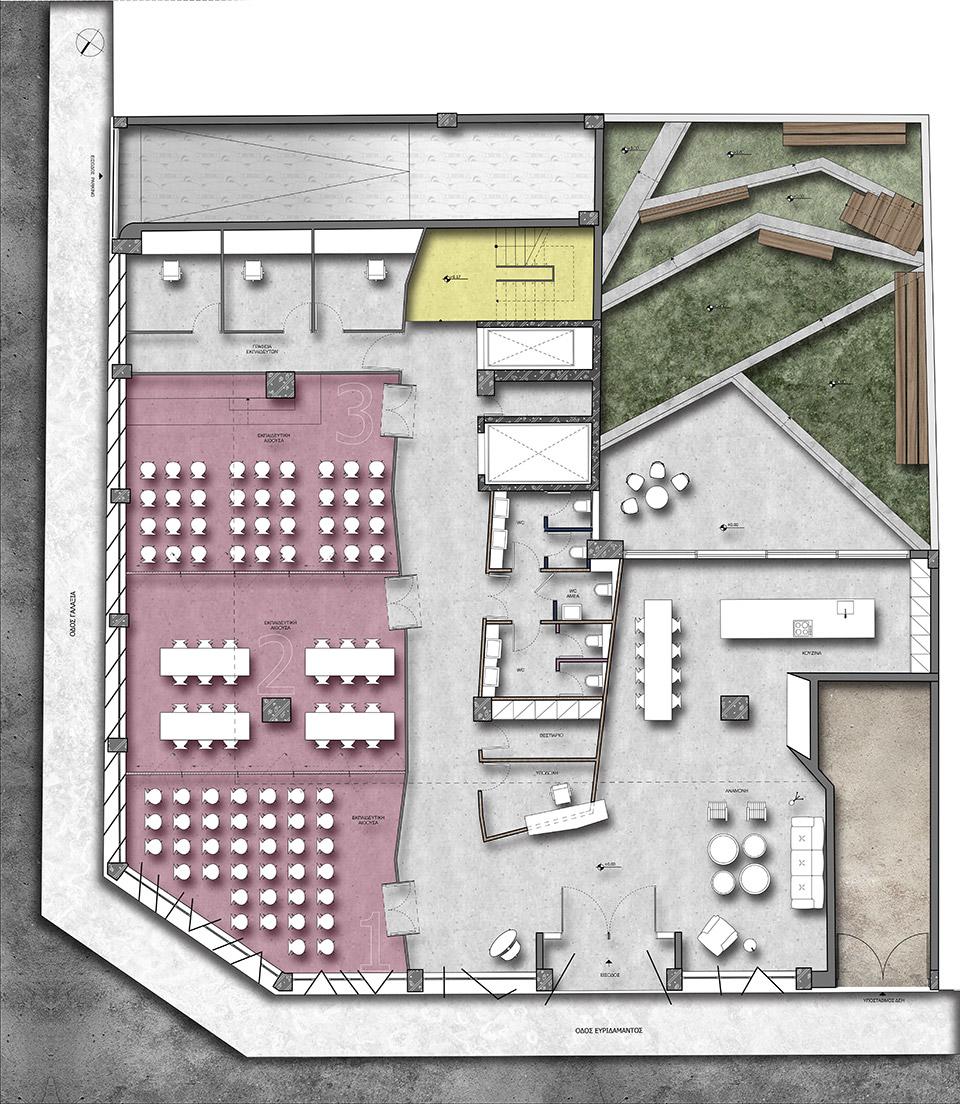 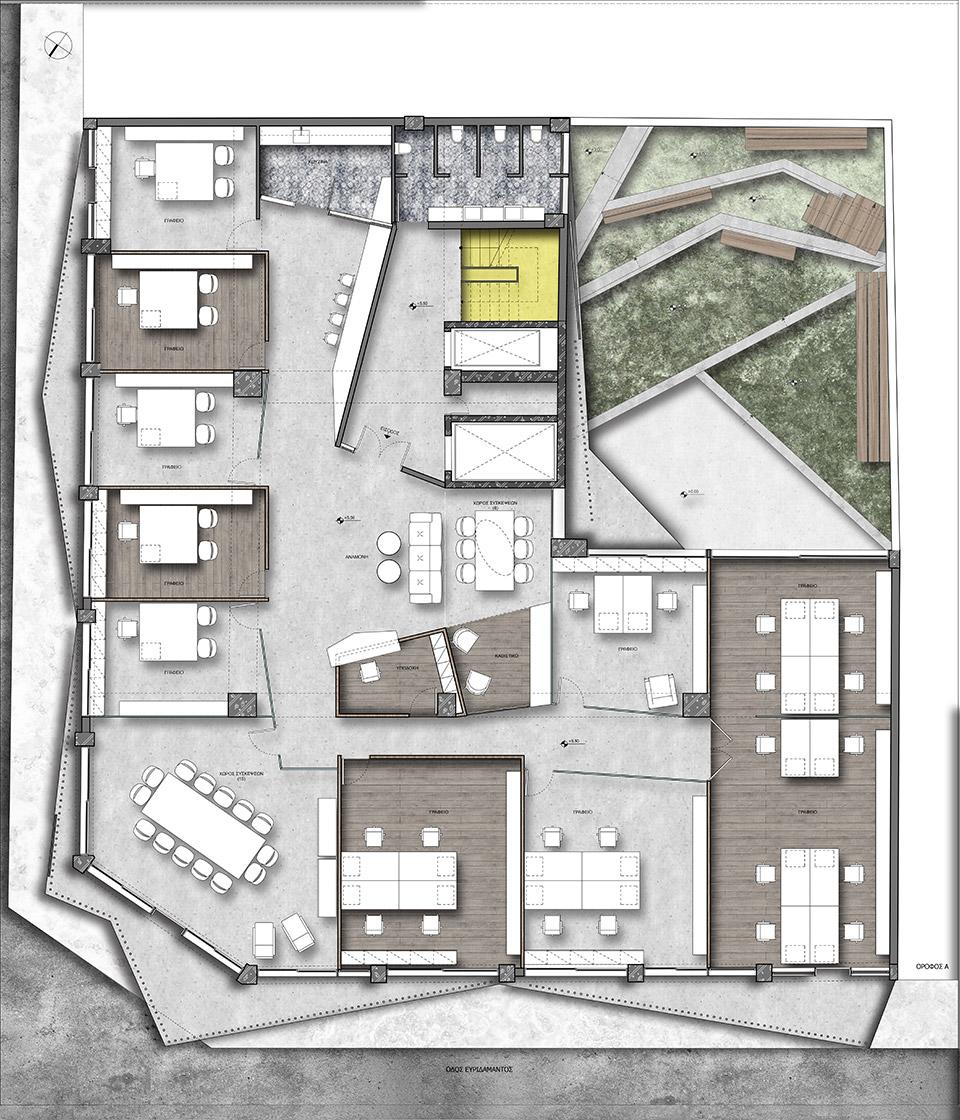 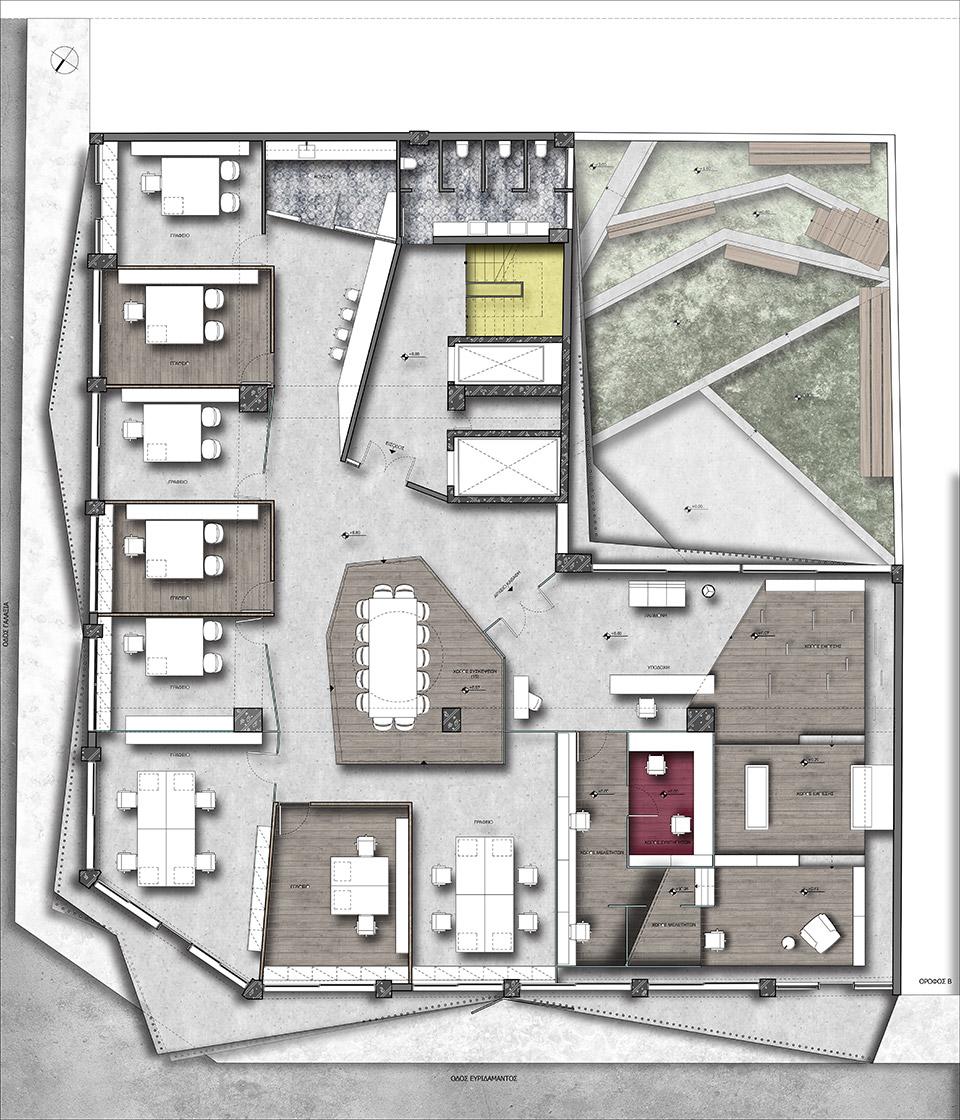 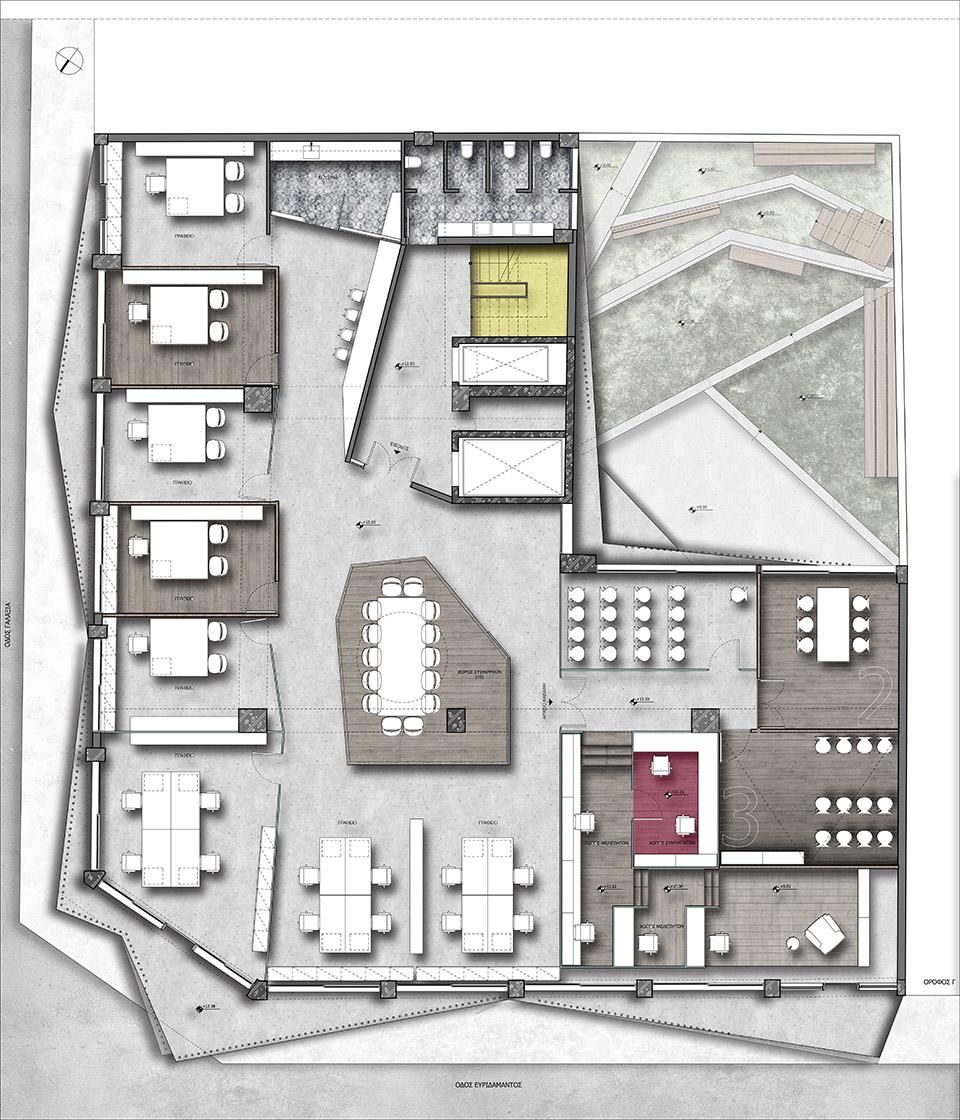 SPACELAB Architecture of Vana Krimnioti and Sotiris Hainis, is an Athens based studio established in 2006, selected to participate at the 8th Young Architects Biennial to take place in Athens in September, proudly supported by SIAS SA.