The international competition ‘Space to Culture’ asked for the conversion of a disused industrial building to a flexible cultural centre. Following a careful examination of the existing building, four parts are identified, each with a different potential: a two storey volume characterized by an identical grid of columns (Field + Rooms), a double storey volume attached to it (Hall), a separate three storey volume (Block), and an L shaped volume on top (Bridge). 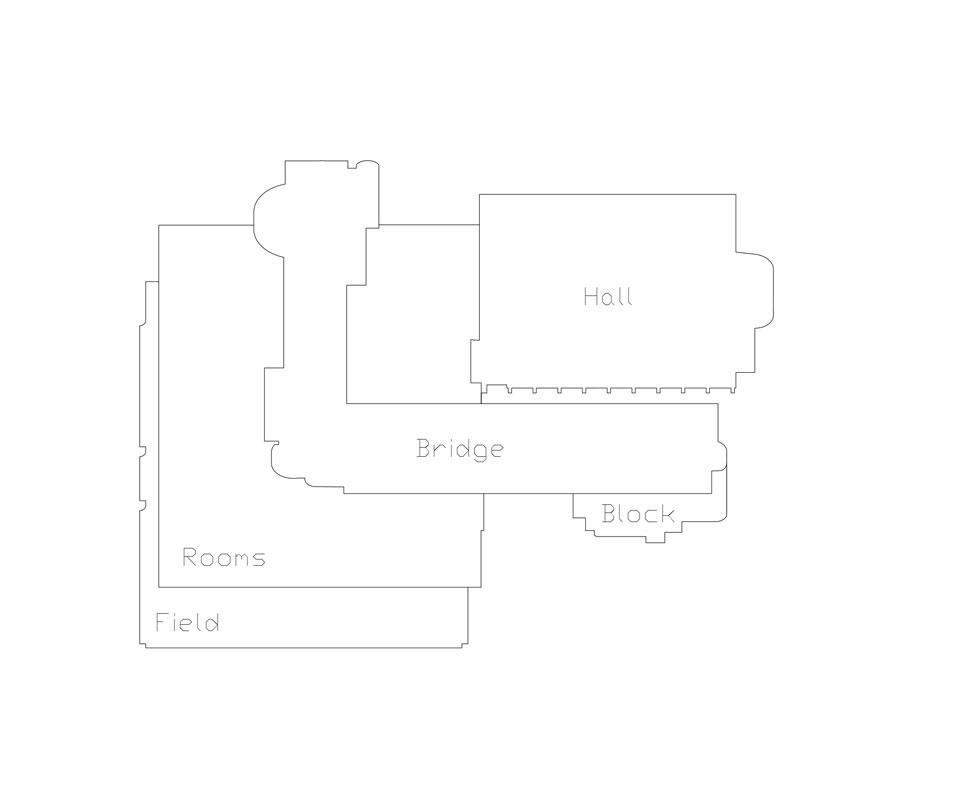 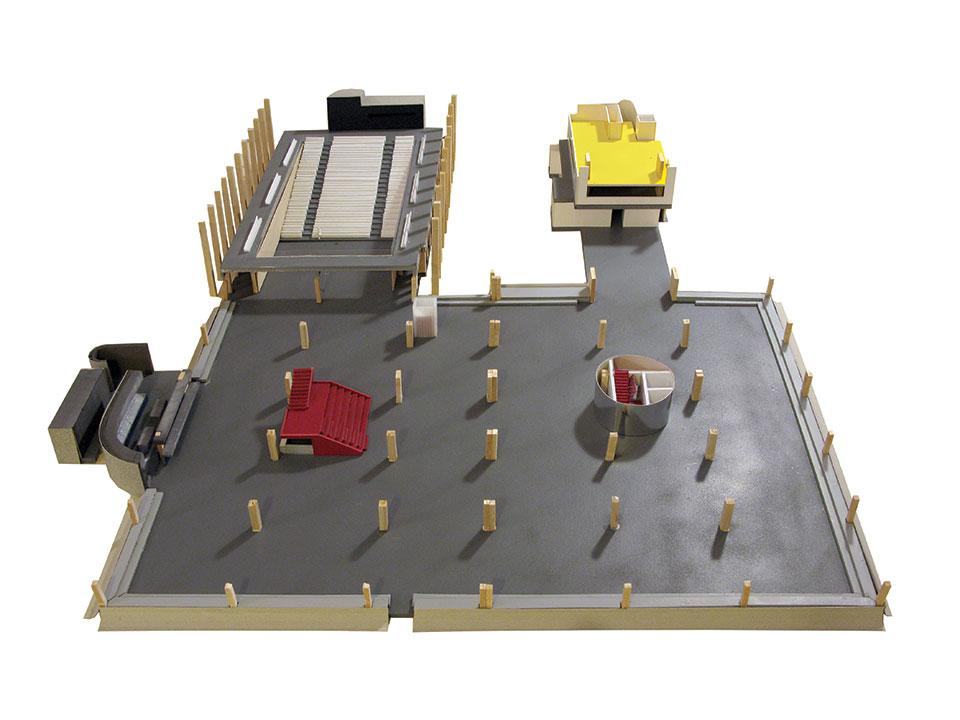 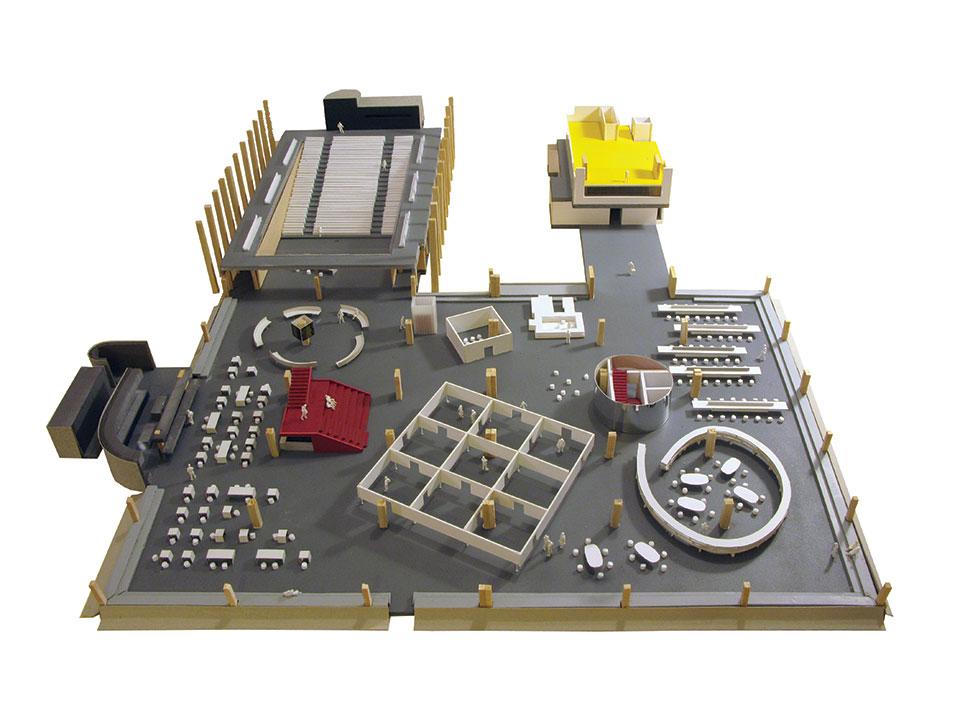 The ground floor(Field) is conceived as a continuous space, open to the public and surrounded by a perimetrical bench. The only fixed elements are: a circular core, a free standing elevator, and a new stair-atrium penetrating all floors. All other uses are defined by furniture or temporary divisions which are independent of the columns. Minimum intervention implies the possibility of an empty space. 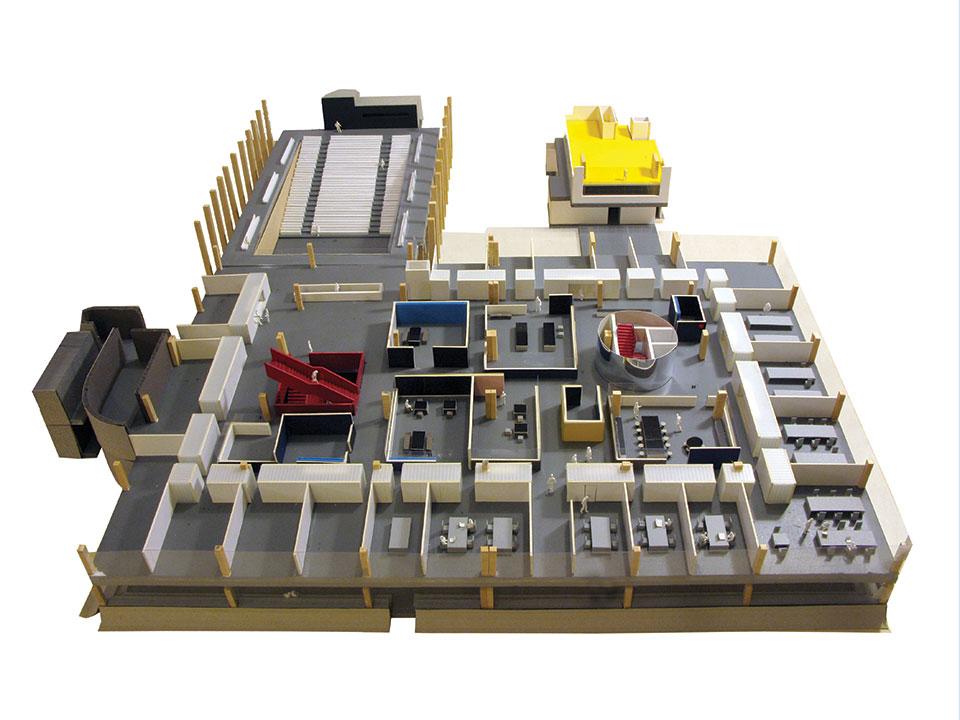 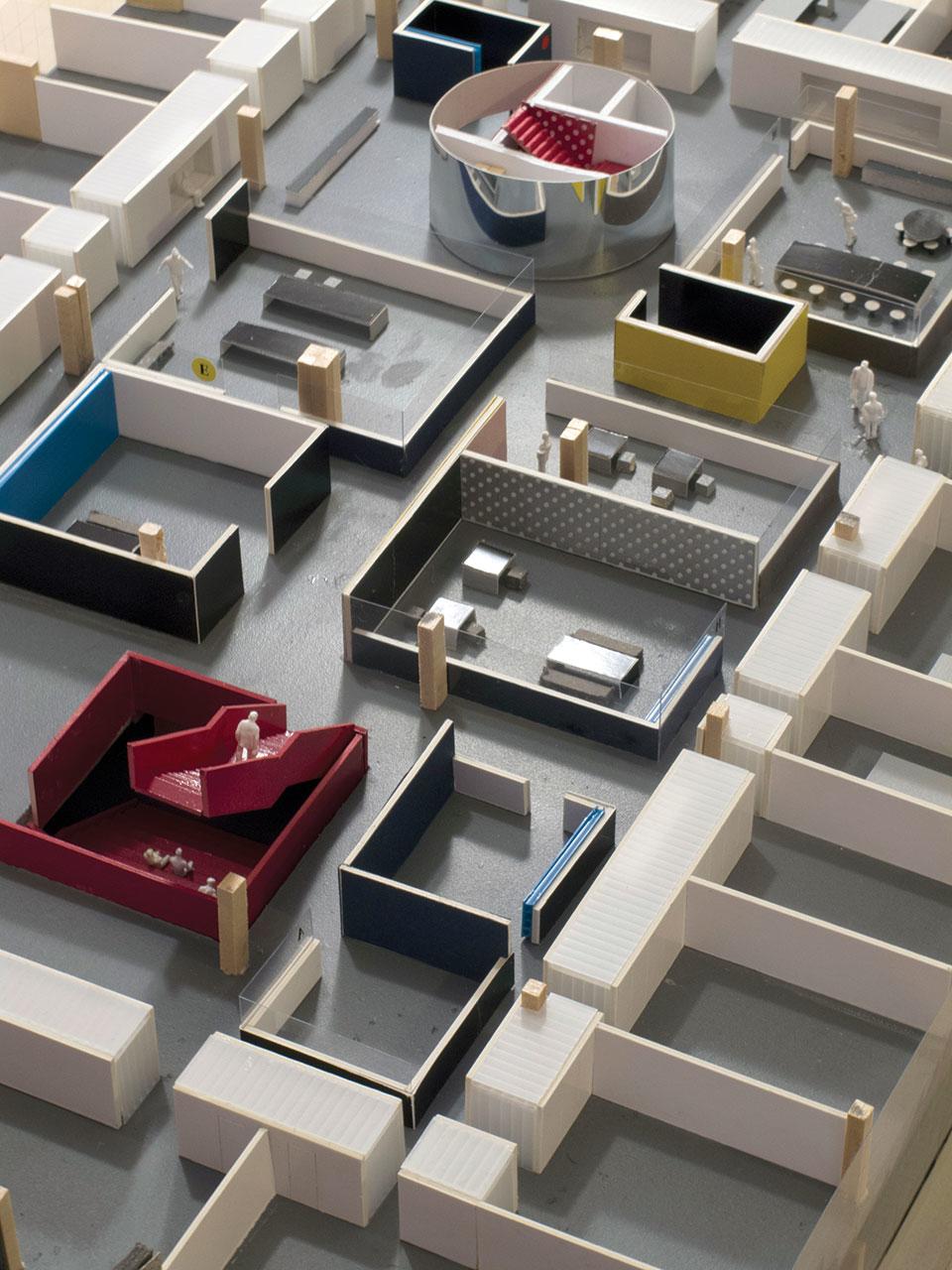 The first floor(Rooms), in contrast to the ground floor, is divided into smaller spaces, following the structural grid. The islands of workshops, at the centre of the floor, are surrounded by a perimetrical zone of offices. A solid service zone between the two offers programmatic flexibility, allowing a prospective conversion of the offices to residencies. 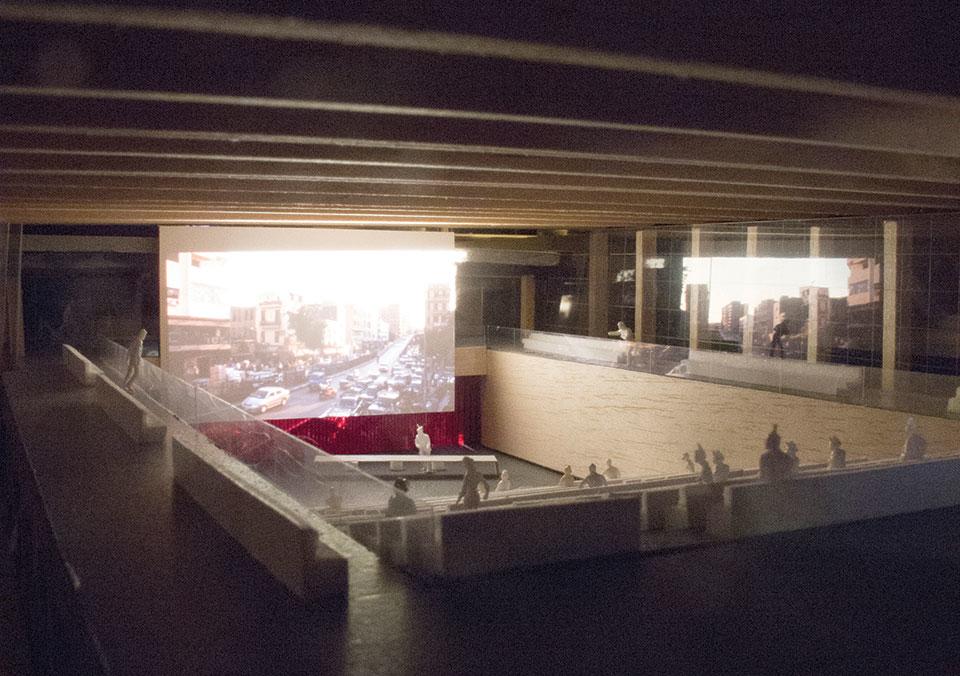 The theatre(Hall) is created by subtracting a big part from the floor slab, refining the proportions of the space while keeping the facade intact. The theatre works as a ‘gigantic stair’ between the Field and the Rooms. The Hall performs either as the continuation of the Field when is open to the public, or as another Room when is hosting an event. 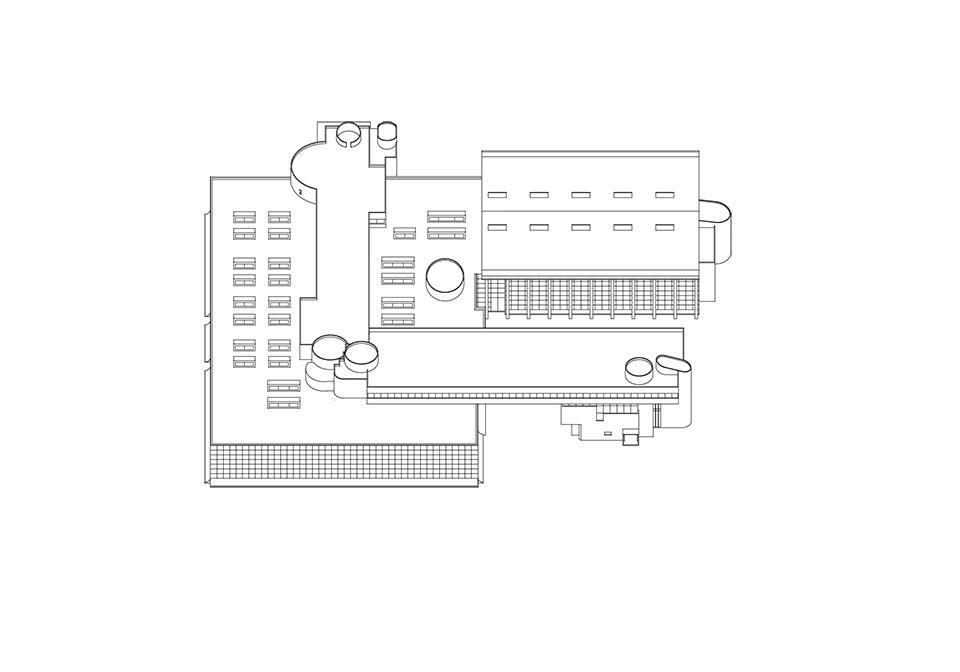 Cosmos architectural practice was founded in Athens in 2013, by Thanassis Manis, Yorgos Pantazis and Ilias Pitsios. Their participation in the Space to Culture international competition was among the five shortlisted finalists, receiving the Gold Honorable Mention and has been selected to be showcased at the 8th Young Architects Biennial to take place in Athens in September, proudly supported by SIAS SA.