The project critically re-examines the linear narrative of a museum collection proposing instead a new hyper textual way of viewing the archive based upon the concept of WANDERING. Going back to the archetype of the “Cabinet of Curiosities” (Wunderkammer1) it reaches for a new type of subject (the STROLLER) who re-interprets the semiotic language produced by the collection, through the process of freely wandering inside the architectural space. 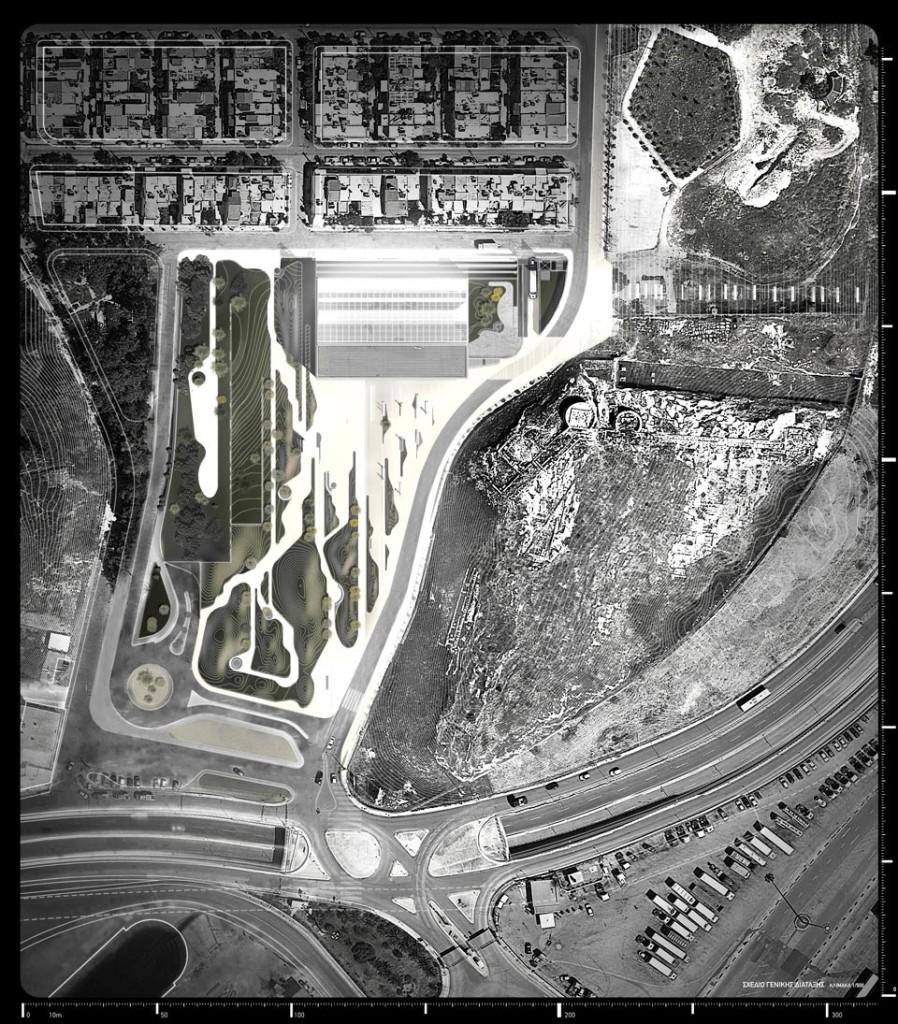 The character of the stroll thus transforms from a didactic into a fictional one, subverting the linear correlation between the narrative and the artifacts. This process can be paralleled to Polyfilo’s2 stroll during his dream inside an archaeological landscape where the narrative derives from the subject’s fictional world. 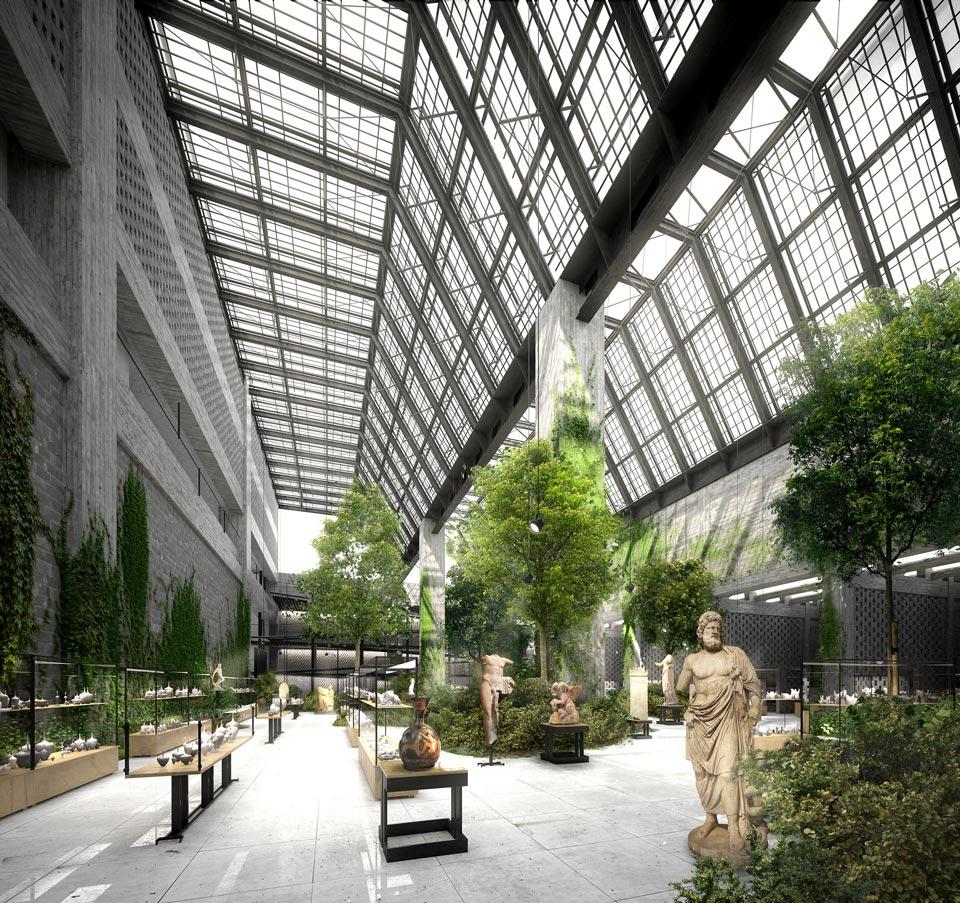 A glass roof assembled of steel frames covers the central void and completes the process of rehabilitation, by creating the proper conditions for the garden and the natural but still controlled lighting of the exhibition space. This central gesture attempts to establish a new identity for the Museum through the tautological relation between exterior form and interior structure. The connection of the building to the Archaeological Site and the wider network of the Cultural Zone of the Port is fulfilled through the insertion of the South Gallery along the Museum’s facade to the Square.

1 Wunderkammer (Cabinet of Wonders) or Kunstkammer refers to the typology of the Collections of Curiosities of undefined categories that flourished in the Central and Northern Europe during the Rennaissance period until the establishment of the National Collection and Museums.
2 Refers to the 1499 novel “Hypnerotomachia Poliphili” attributed to Francesco Colonna, which elaborates the issue of antiquity throught the stroll of Polyphilo inside a “symbolic landscape” during his dream.

Die Wunderkammer entry at the competition organized by Peiraius Port Authority for the Archaeological Thematic Museum of Peiraius has been awarded the 2nd prize and has been selected to be showcased at the 8th Greek Young Architects Biennial inaugurated in Athens in September, proudly supported by SIAS SA.