Eclipse of Rainbow, is a luminaire using LED lighting technology designed by Eugenia Antoniou, awarded the first prize at  “IDEAS DESIGN COMPETITION indoor/ outdoor Led Luminaire 2014”.  The designer, a final year student at the Department of Product and System Design Engineering, responded to the competition brief with a clean and resourceful design, drawing inspiration from nature and particularly the eclipse phenomenon. The analysis of light in the seven colours that the rainbow consists of, was the main idea that spun the final design approach, resulting in a unique object employing the qualities of light to encompass elements of playfulness and aesthetic pleasure. 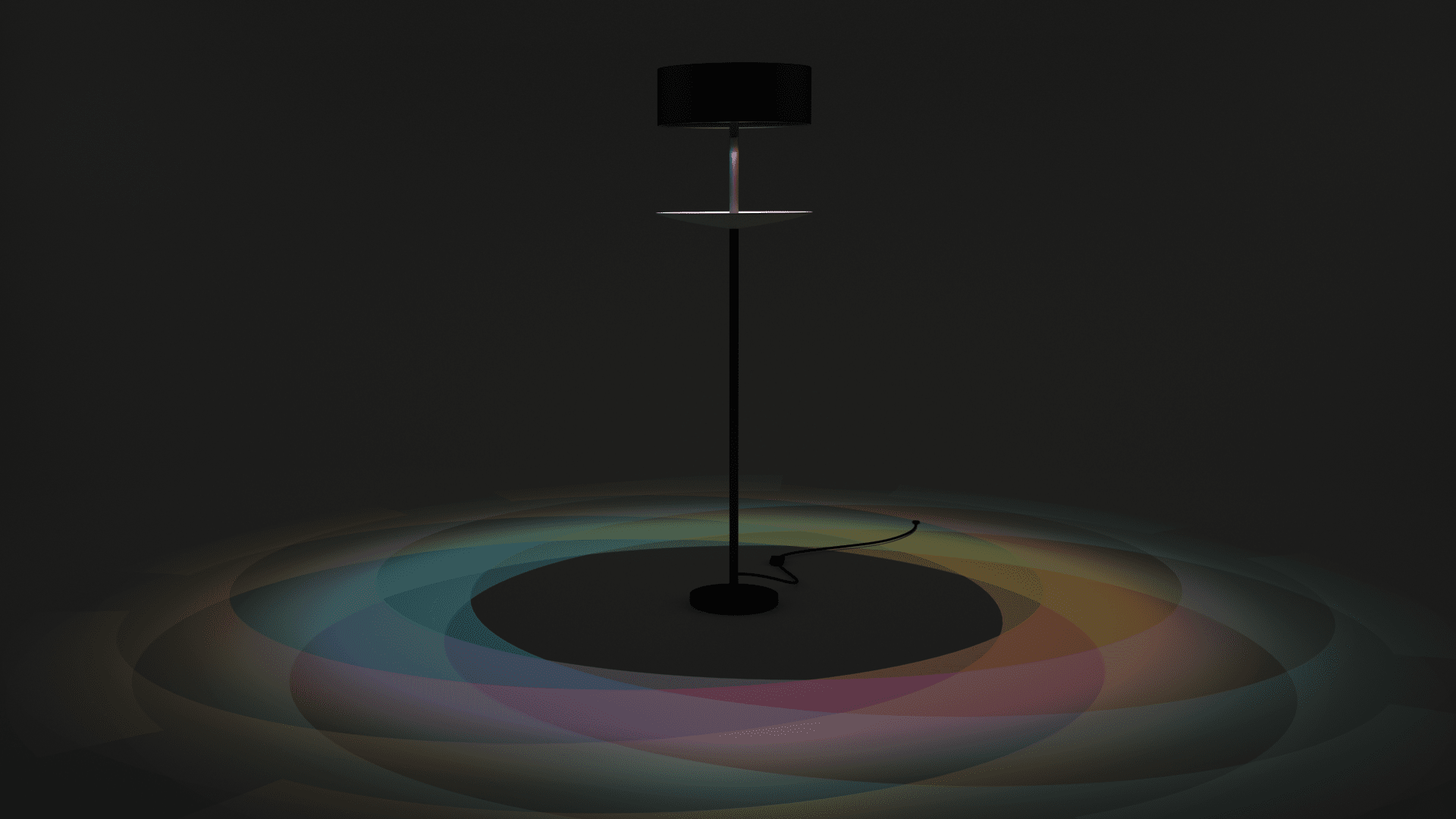 The concept was practically conveyed by inserting a disc between the light source and the level of projection as it also happens with the eclipse phenomenon when a celestial body is interposed between another and the observer. Aesthetically the object is based on the principle of contrast – Light & Shadow, Black & White. A colourful and elaborate shading by a subtractive, black and white design approach which finally results to an unexpected outcome. 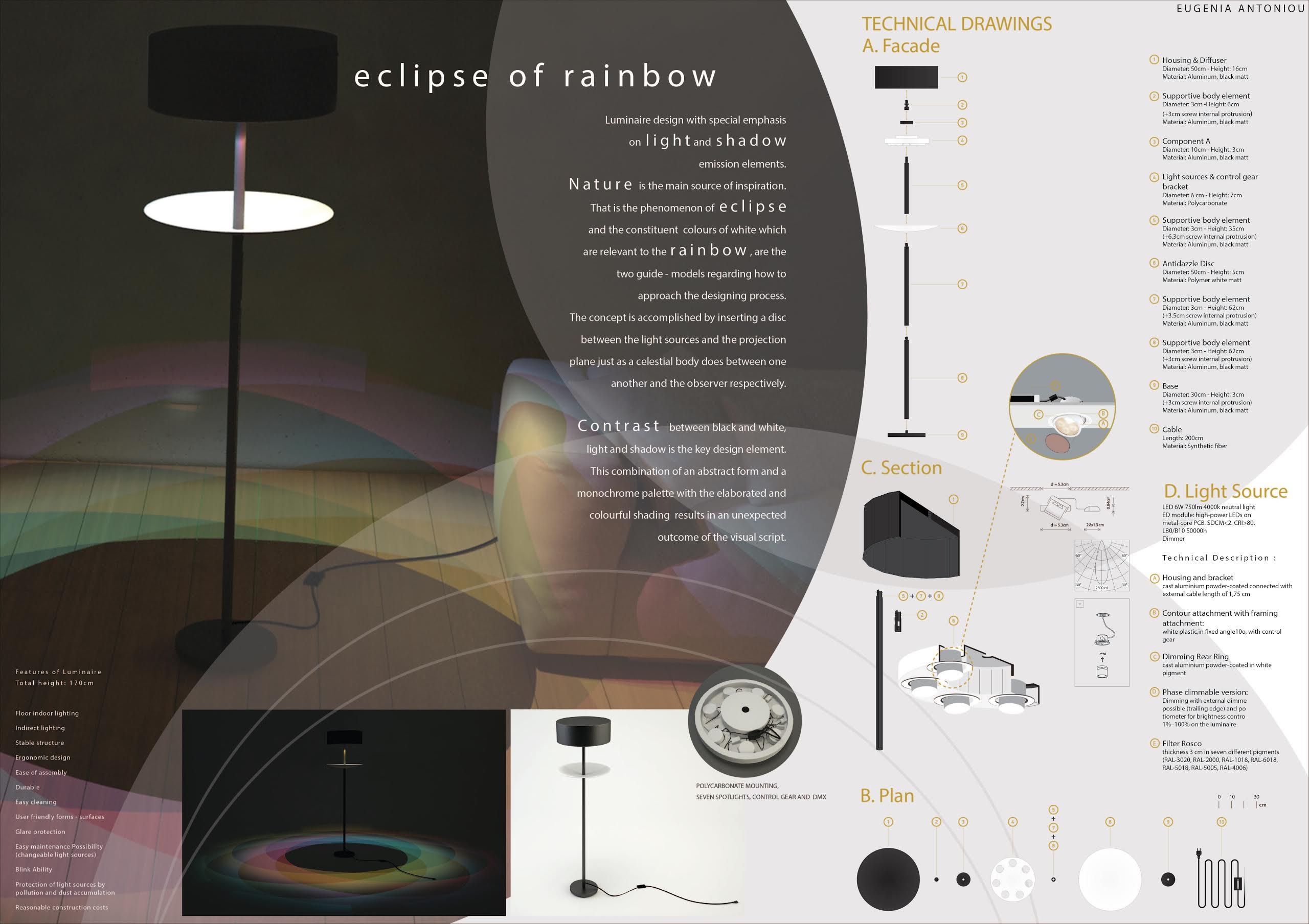 In terms of functionality and engineering the way the light is rendered by the light sources, seven LED bulbs under a particular angle and a compact disc were placed so as two optical effects would be extracted: a colorful pattern on the floor and a white light composition on the compact disc level. 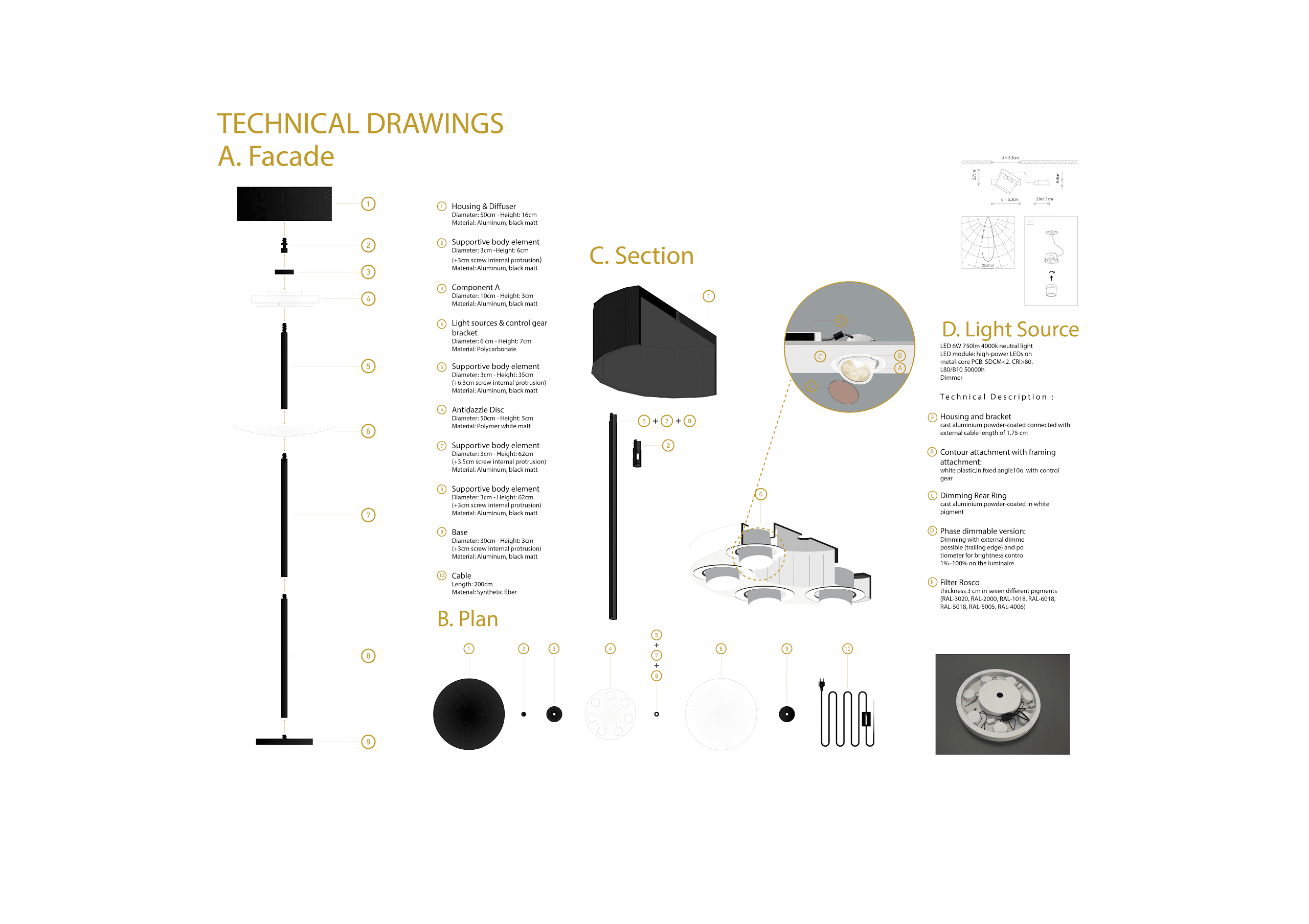 The “IDEAS DESIGN COMPETITION indoor/ outdoor Led Luminaire 2014” was  organised by Crisis  Architectural Design office and T-PRESS publishing company. Graduates and students of Architecture University, university of Fine Arts and Industrial Designing, who have been born after 1-1-1982 were asked to propose a Luminaire of internal or external place with LED as lighting technology