The new store of R.S.V.P. BERLIN is close to Hackesche Höfe in Berlin Mitte. It is part of the first store that was founded in the same street in 2001. R.S.V.P. supplies fine Japanese and European paper, writing materials from all over the world and assorted small scale multiples by international artists and designers. Many of the products are exclusive to RSVP. 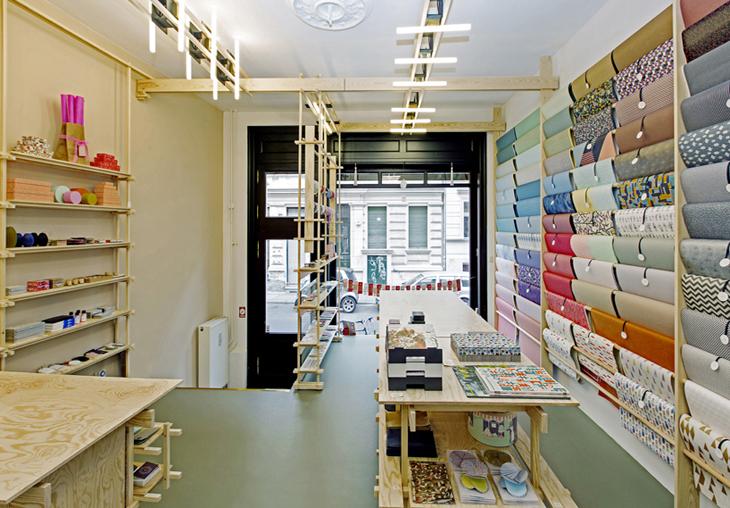 The building was built at the end of the 19th century and has been registered for preservation. The main concept was to create a second transparent shell, using the interior space as a given background in which the new construction would be a standalone object. 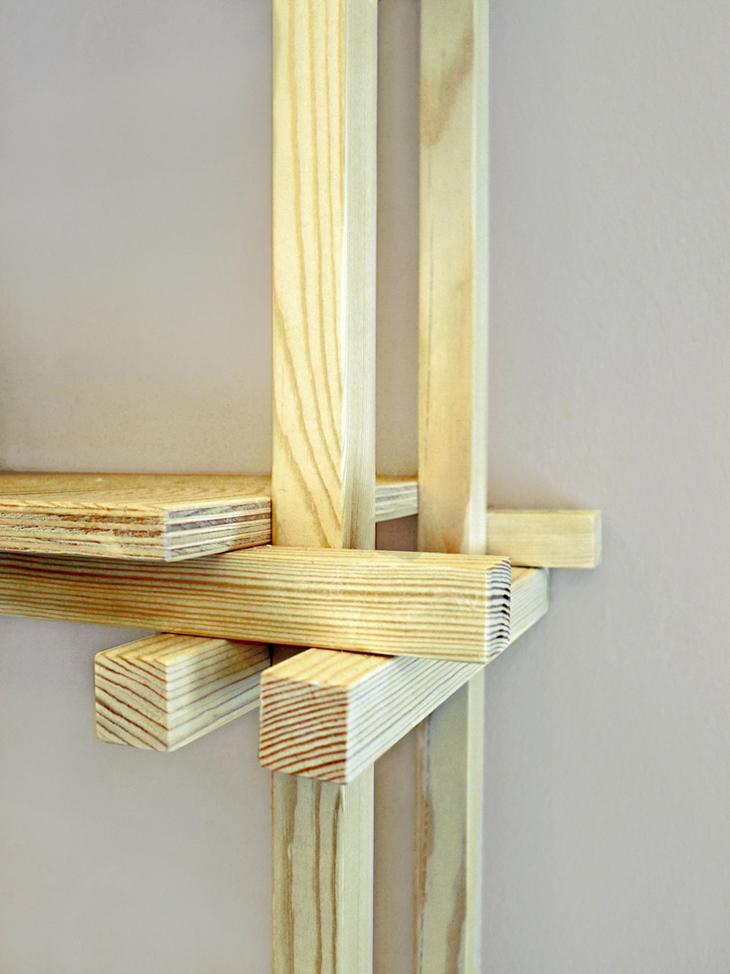 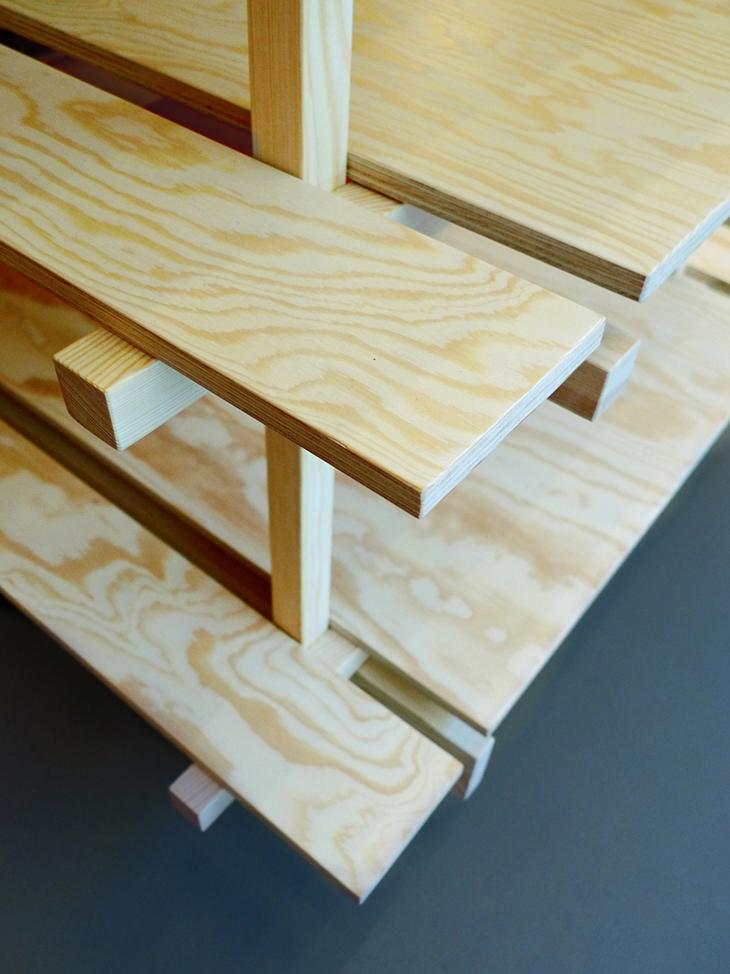 A grid of linear wooden elements (strips of wood) create a new situation in the historic building and resolve the functional and aesthetic needs.  The wooden network of nodes in combination with surfaces of Pine plywood panels (Seekiefer) ensured the rigidity of the structure.  A part of the timber frame is held together without nails, screws or glue and instead relies on wooden joints used for centuries by traditional carpenters. 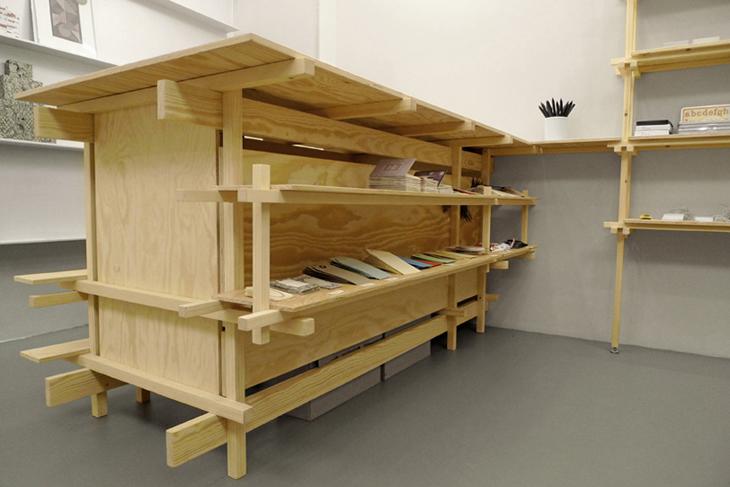 The tectonic structure is based on a theme with variations. Different needs can be served with similar construction systems and tools. 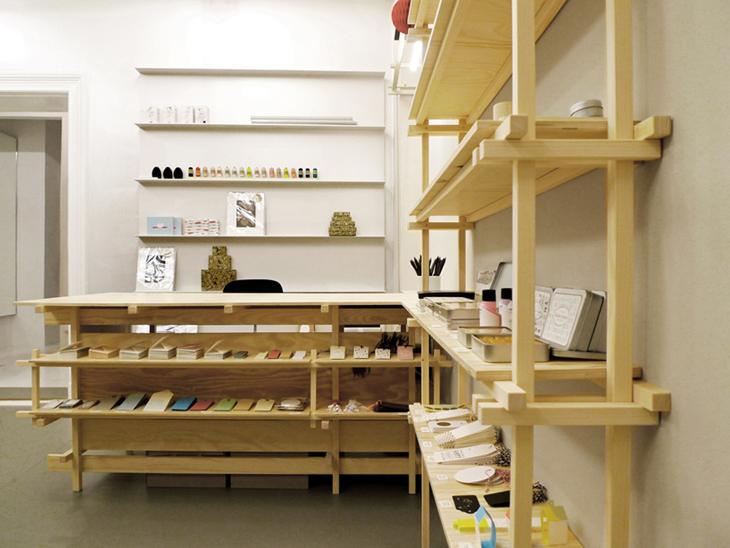 Zen gardens express a sense of unseen unity, surpassing the complexity of the form. This was the inspiration for the architectural composition: The timber frame grows around the interior space. It unifies the room and elevates the fine paper products.  With this compositional tool the products can be better promoted. 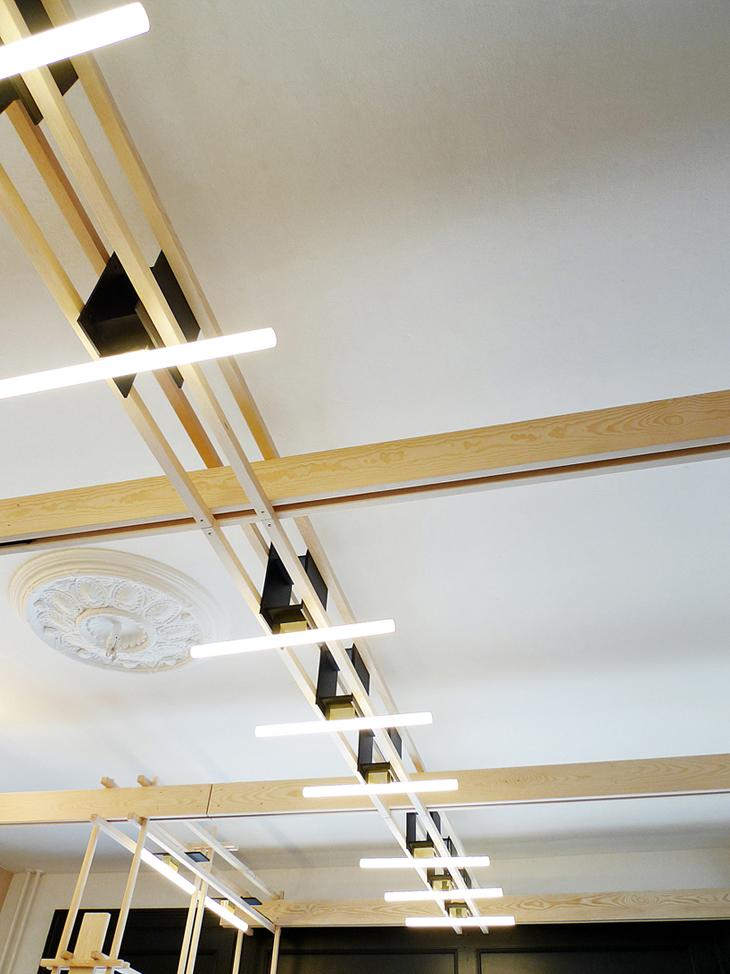 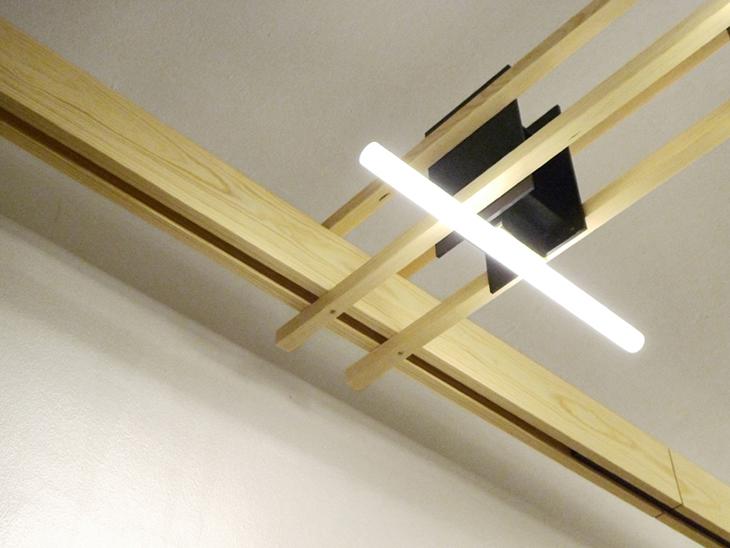 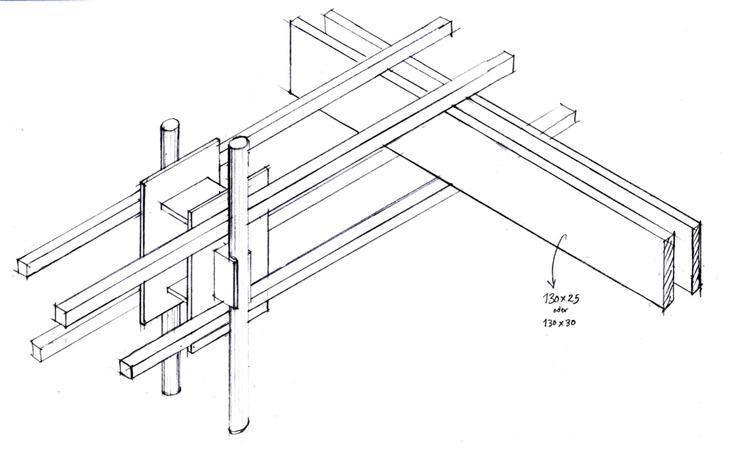 The light objects are part of  the «wooden grid». LED linestra lamps have been used for all luminaires. 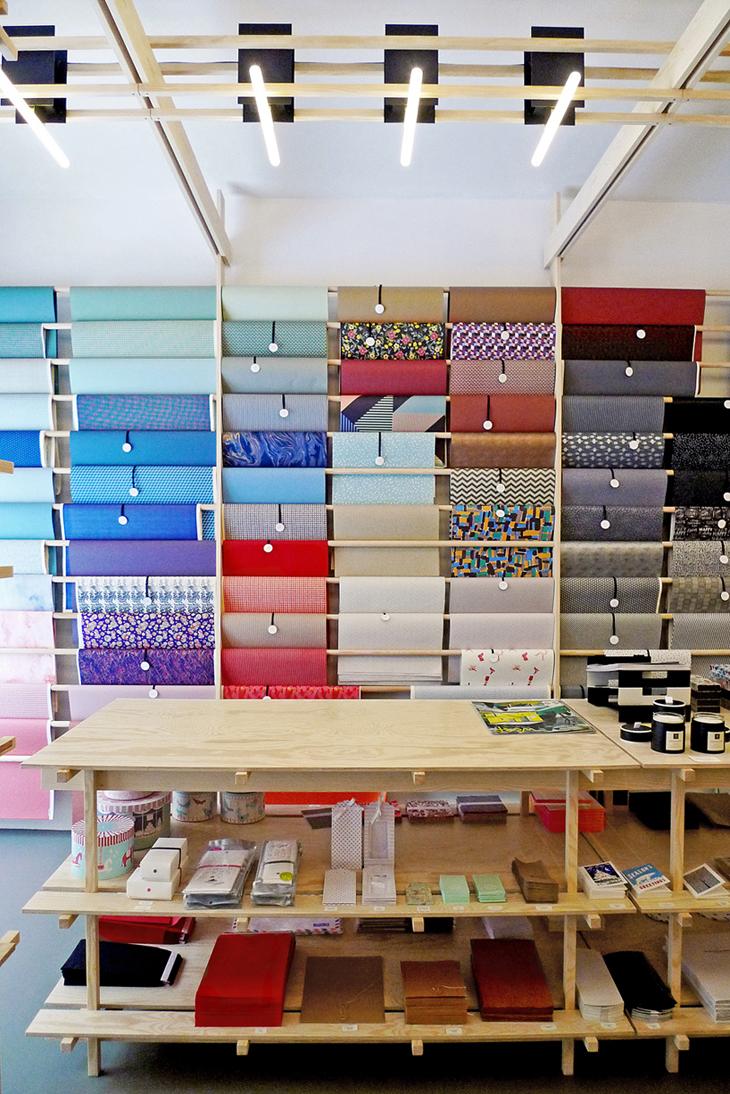 The study of traditional Japanese Wooden Frame Construction Methods and the furniture work of G. T. Rietveld was very important in this creative reconstruction.

The architectural and design office YOLKSTUDIO, engages in the field of architectural design and construction project supervision since 1997. The founding members of the studio are Maria Remoundou and Manolis Iliakis. Their work for the extension of R.S.V.P Berlin stationary shop, has been selected to be showcased at the 8th Young Architects Biennial to take place in Athens in September, proudly supported by SIAS SA.