The design attends to the owner’s and chef’s need for a restaurant in which the preparation of food becomes a choreography open to the public and in which the kitchen is the centerpiece of the space. 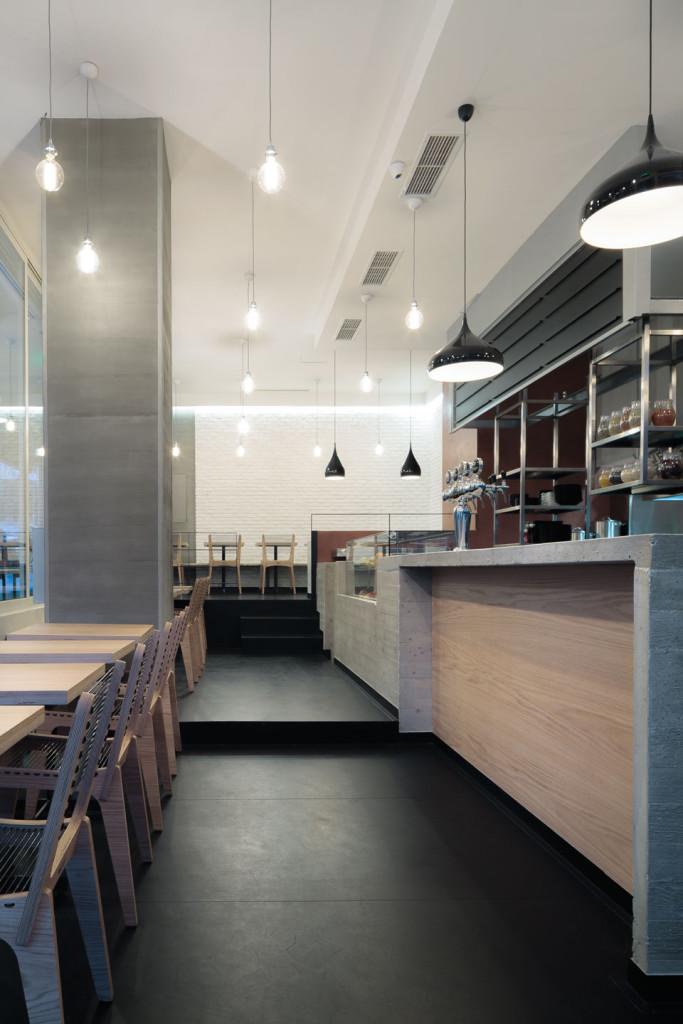 The plan is free of walls and dividers while the only separation between the dining area and the kitchen is a heavy concrete counter which unfolds to a seating bar, a cashier’s counter and a food display. 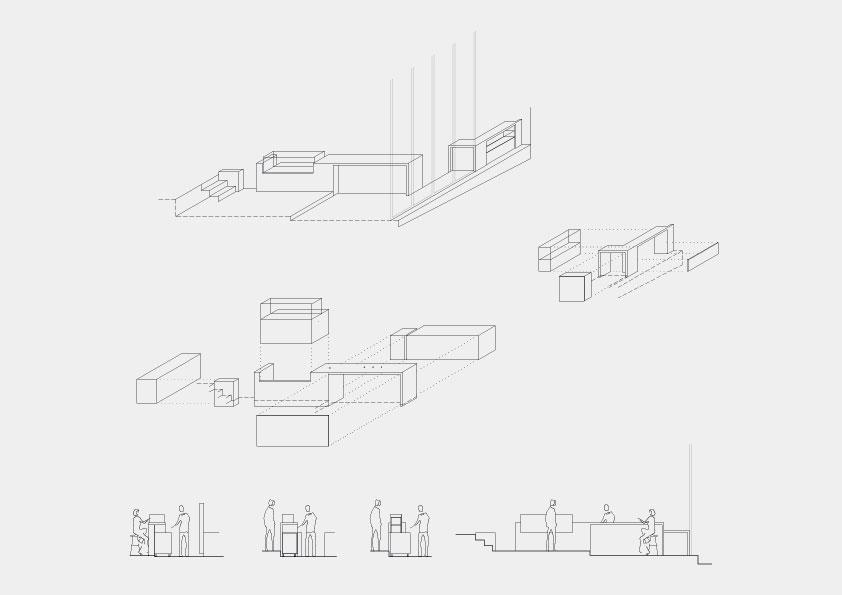 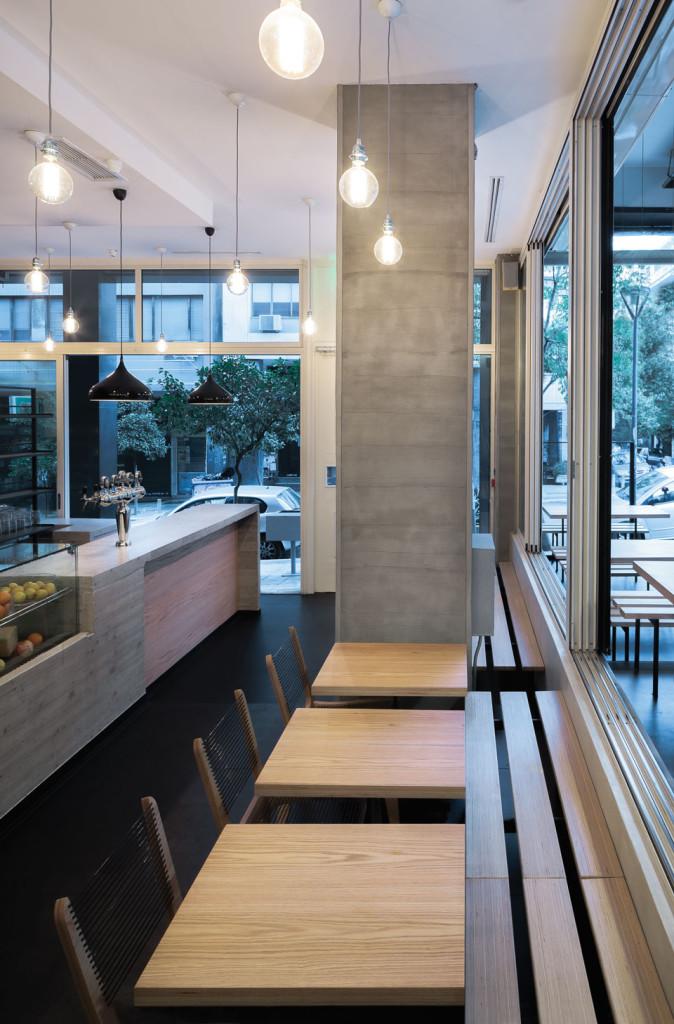 The design and material choice reflects the chef’s philosophy whose elaborate dishes use only a few simple ingredients mixed in a variety of creative ways. Likewise the space is comprised of custom made furniture and structures that use only 3 material ingredients: concrete, metal and wood. The three of them change form while they reveal their multifaceted innate qualities. 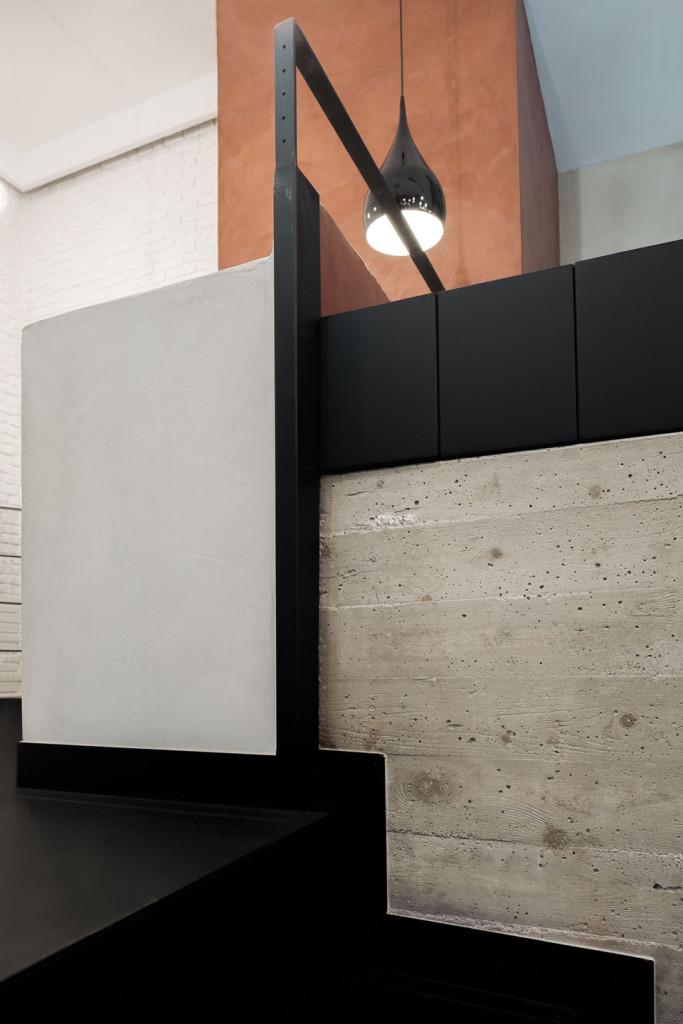 The metal in the form of the sheet becomes the floor while when used differently it becomes the table base and the kitchen equipment. 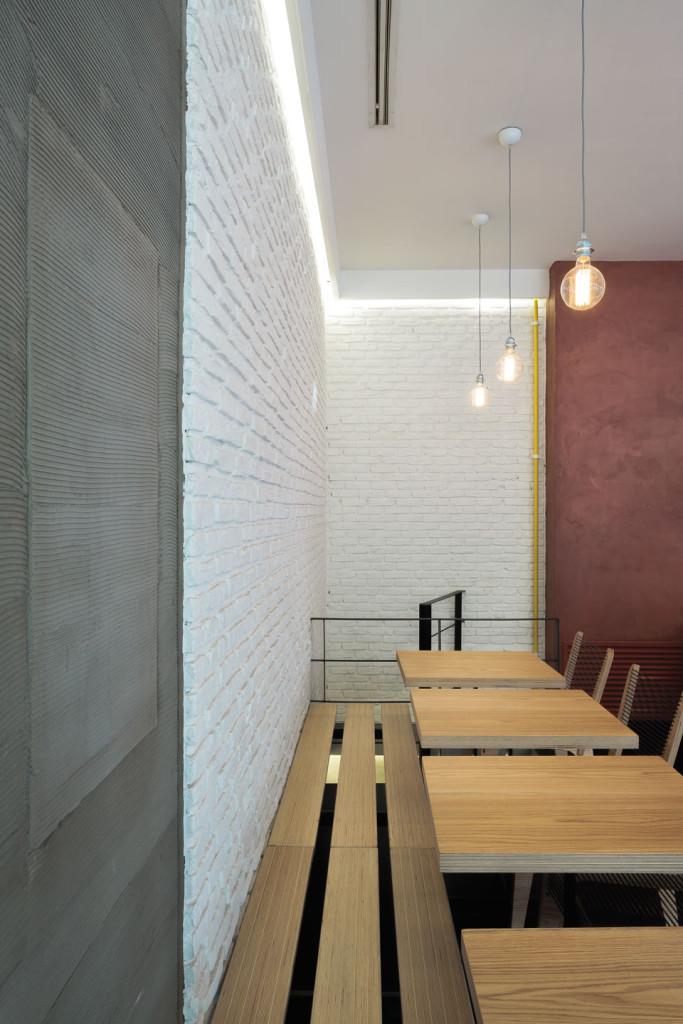 The casted concrete becomes a heavy counter, while, when applied as a thin layer, creates brushed horizontal lines on the columns. When mixed with color and resin it creates colorfully textured wall finishes.

Myrto Miliou Architects is an Athens based architectural practice, established in May 2007 by Myrto Miliou. Their work for the design of Streating, a restaurant in the center of Athens, has been selected to be showcased at the 8th Young Architects Biennial to take place in Athens in September, proudly supported by SIAS SA.