A neoclassical building in downtown Athens Psirri, encloses an open plan loft residence to a photographer, designed by architect Natalia Kokosalaki. The design for the house, recently awarded ‘Best first project for young architect’ by DOMES magazine, creatively reflects the owner’s and architect’s love for urban culture and allows for the space to be occasionally used for photo shoots. 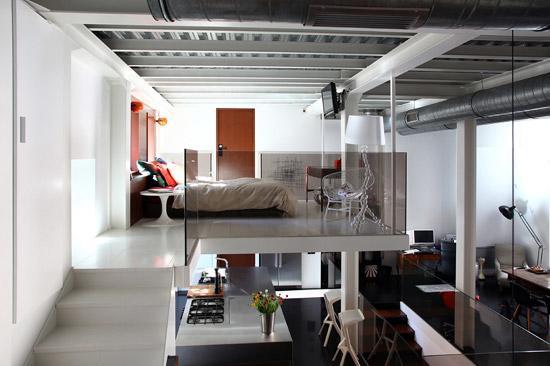 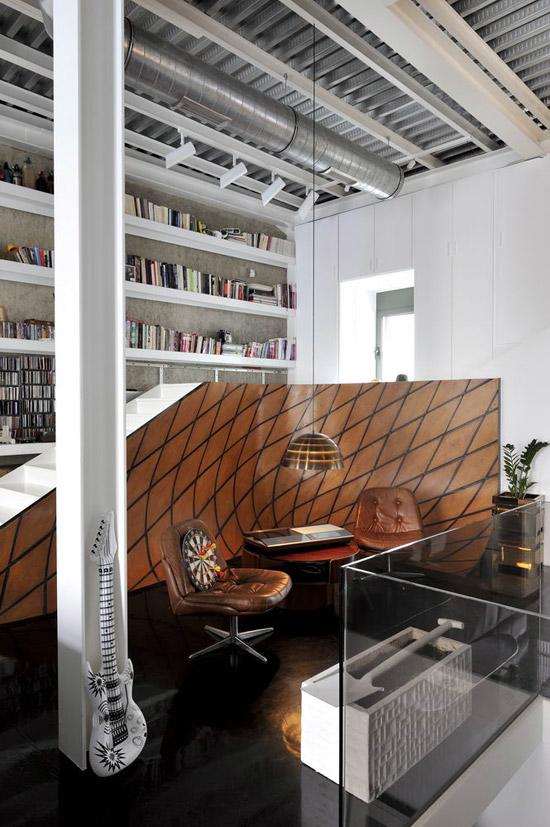 Here is a few more words by Natalia, further explaining the concept and objectives behind this project:

In this case of designing a loft in Psyrri, I was asked to intervene in an abandoned neoclassical house, one of the few houses in the neighbourhood as all other buildings are used as places of entertainment. What I had was basically an empty space with a beautiful shell in one of the most controversial areas of the city. 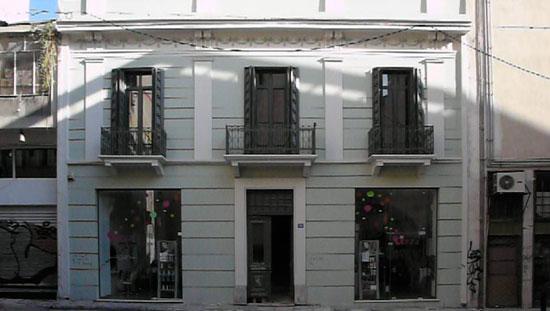 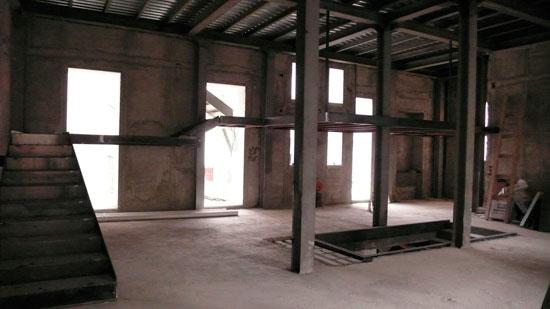 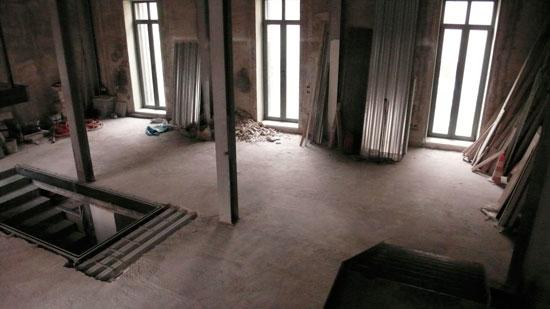 Unlike modernist aesthetics, I found it necessary to disconnect the outside to the inside so that nothing of the appearance of the building to prefigure and prepare the visitor of the materials composition and spatial relationships that define the interior. My general philosophy in architecture is avoiding to create a final product, to dissuade myself from seeking absolute control of the designed spaces. In this matter I was interested more in the physical quality of the spaces rather their uses. Besides, the owner is a photographer and his desire from the beginning was to be able to explore the prospects of each corner of the house for various fashion shoots as indeed he has already done. 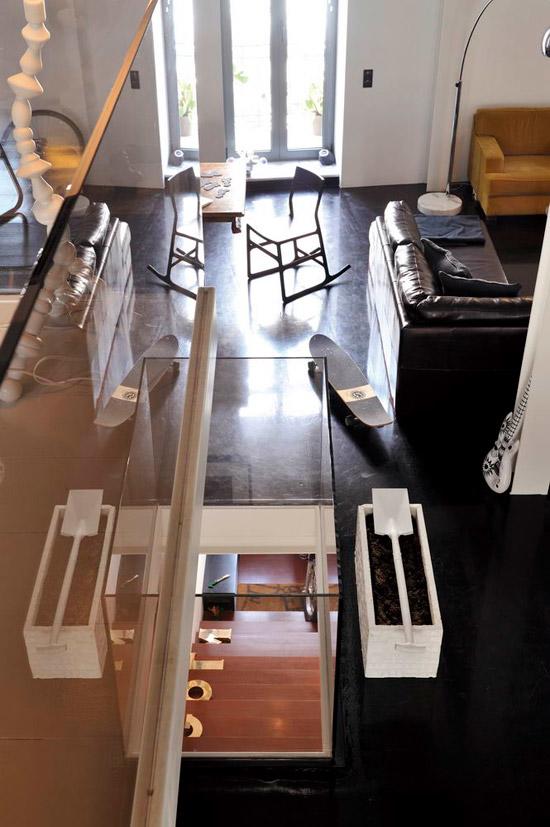 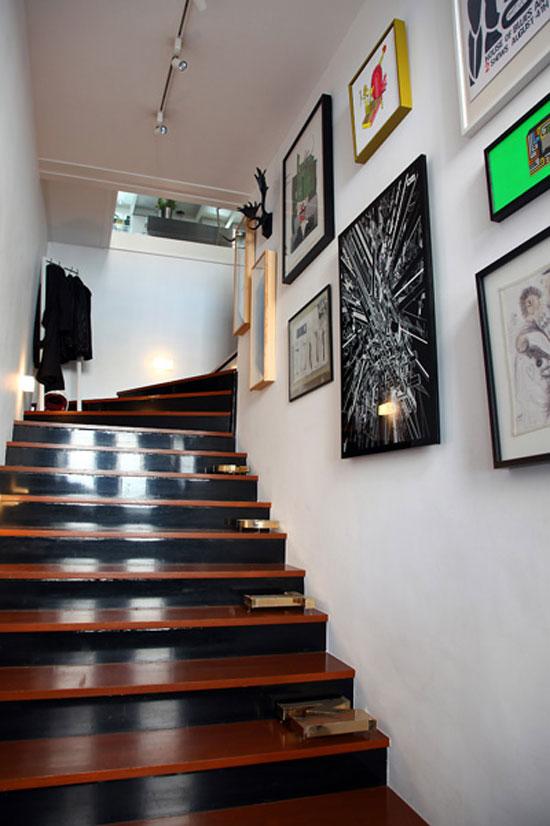 While conceptualising the spaces of the loft, I was led to use excerpts of urban life such as liquidity, diversity, flexibility, multiple use, the contradictions and unexpected sense of exposure that one can have in a dense urban environment. This house’s forms and design, depicting familiar elements of city living. Within these, there are sharp contrasts, elegance and roughness, bright light and darkness, standard materials and raw materials. 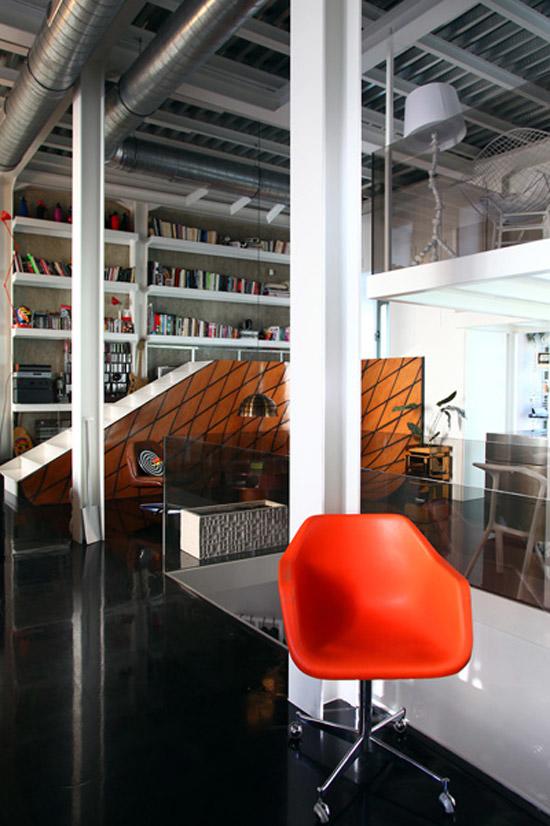 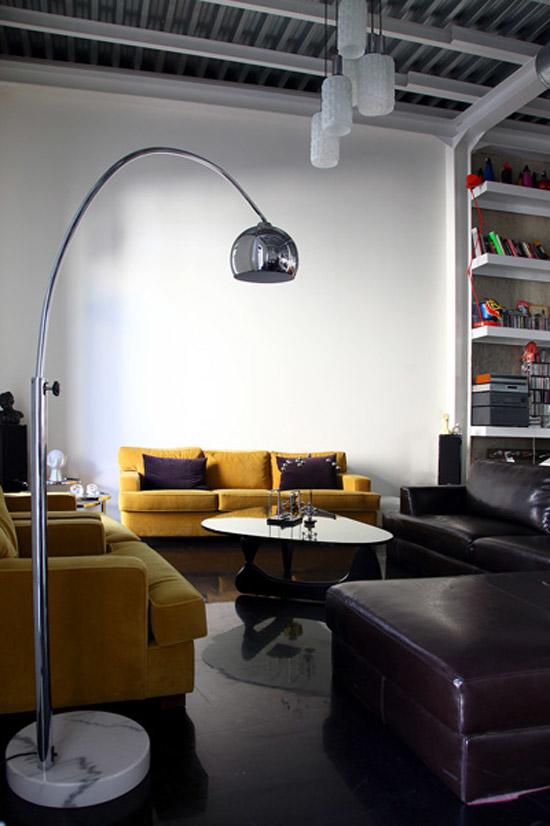 The staircase stands out (ramp skate, half pipe, constructed by architect Zachos Varfi).It refers to the complexity of motion in the modern city but also was a personal characteristic of the owner, a skater himself back in the eighties. 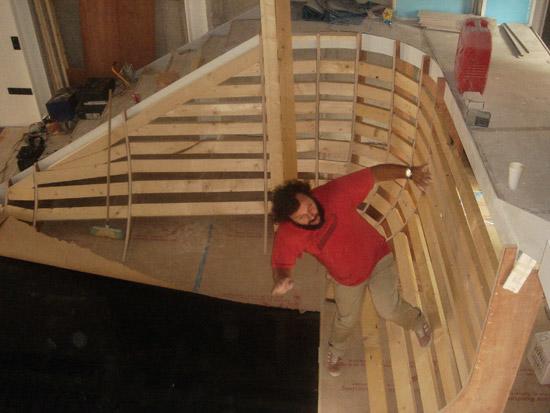 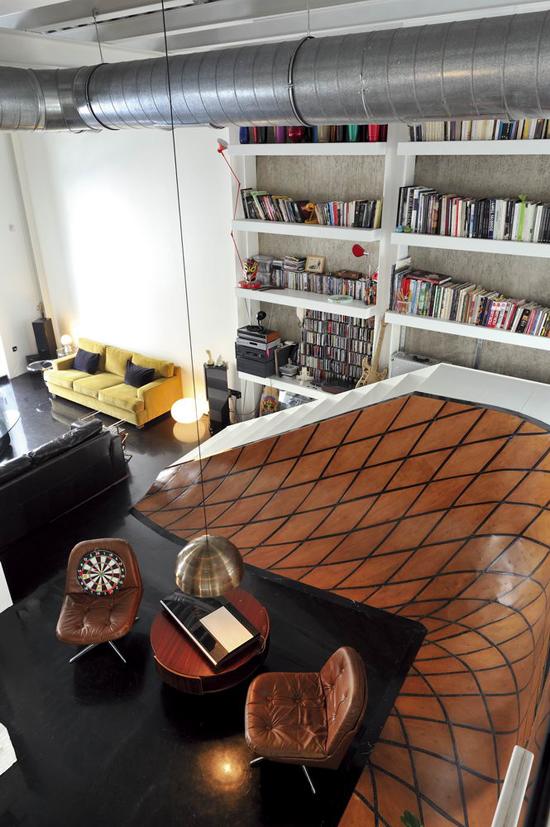 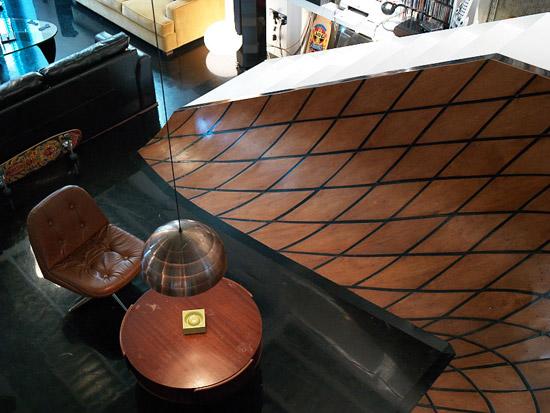 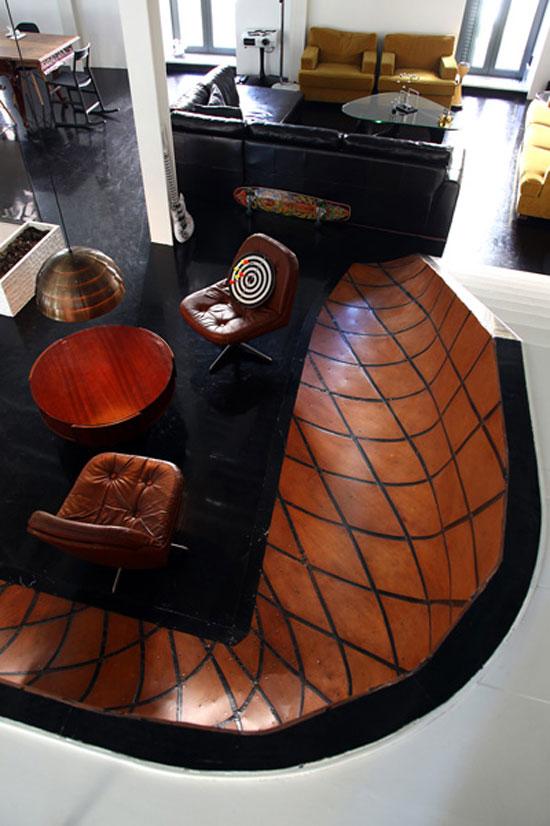 The staircase leads to a new addition to the house, the mezzanine which is the bedroom and en-suite bathroom, exposed to the rest of the house. The mezzanine feels like a separate building housed in the loft. 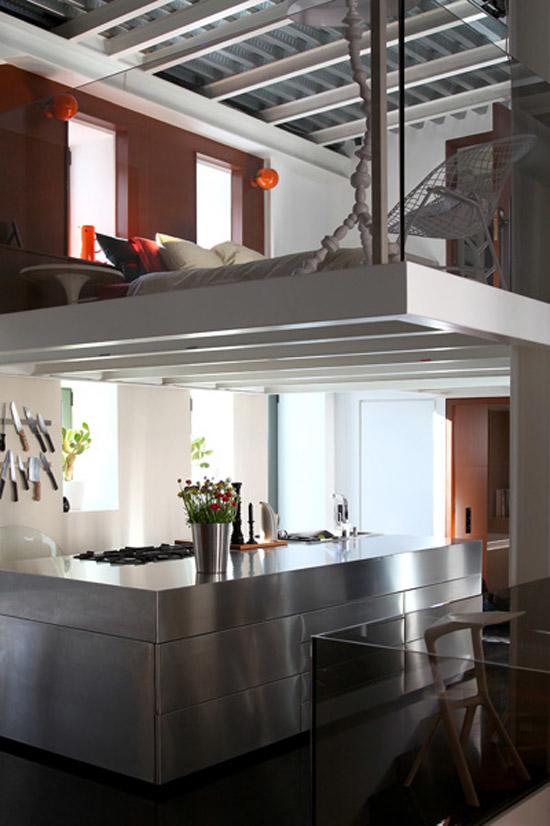 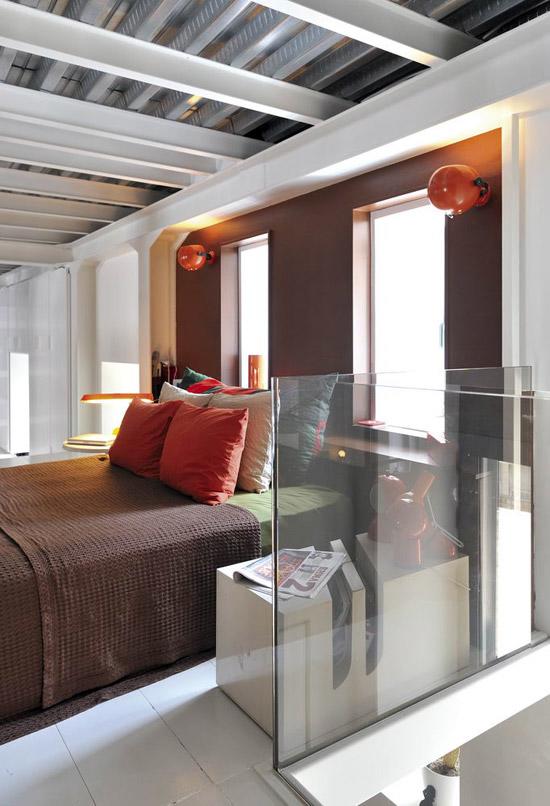 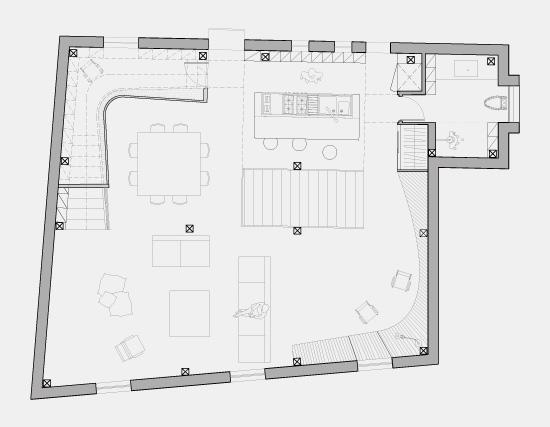 Natalia was born in Athens and is a registered architect in Greece.

Over the past 10 years she has worked for several practices in Europe most notably Enrique Miralles Benedetta Tagliabue Architects in Barcelona, Ellis Williams in London and DECA Architects in Athens.

Her personal realized projects have been in several publications including Wallpaper*, Elle Decor Turkey and many Greek publications and have also been exhibited in London. Natalia Kokosalaki has been recently awarded ‘Best first project for young architect’, by DOMES magazine for the conversion of a neoclassical building into a loft residence in Psirri.

A set of information in search of an Idea *
On Manipulation and Prefabricated Structures
©2009 - 2022 SIAS SA. ALL RIGHTS RESERVED.