The New Waterfront of Thessaloniki, designed by Architects Prodromos Nikiforidis and Bernard Cuomo, is a large scale and recently completed in its second part public space redevelopment project. The realised proposal, awarded the 1st prize in an International Architectural competition held in 2000 by the municipality of Thessaloniki, creates a dialogue between the city and its contiguity to the sea through sophisticated gestures, forward and at the same time gentle and subtle. More than this, it is a project that has been loved and enjoyed by the citizens of Thessaloniki like few other public space interventions. The architects recognise the quality of the waterfront as a linear space with relatively limited depth and big length, a fact that gives it the characteristics of a “front”, of a thin layer, inserted on the difficult and challenging limit between land and sea, between natural and constructed landscape. Across this thin layer,  the sea background of the gulf of Thessaloniki, constitutes an amazing scenery, where the ephemeral and mutable elements, create a different atmosphere each time. 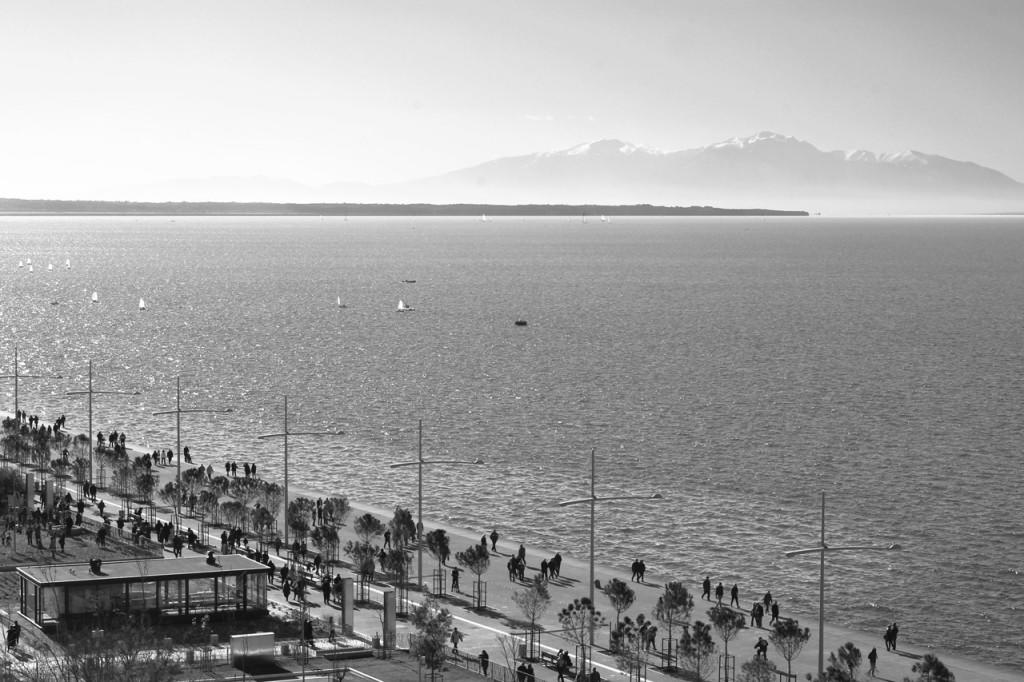 The New Coast with the Mount of Olympus in the background. Photo by Bernard Cuomo.

For the redevelopment of the New Waterfront, two major characteristic areas are distinguished, which set the principles for the basic choices of the proposal. The breakwater: an ideal place for walking, without interruptions, without distractions. The “walker” is exposed to the light, to the open perspective, and has a continuous walk on the charming limit between two opposites: the stability of the massive breakwater – the instability and lucidity of the liquid element. 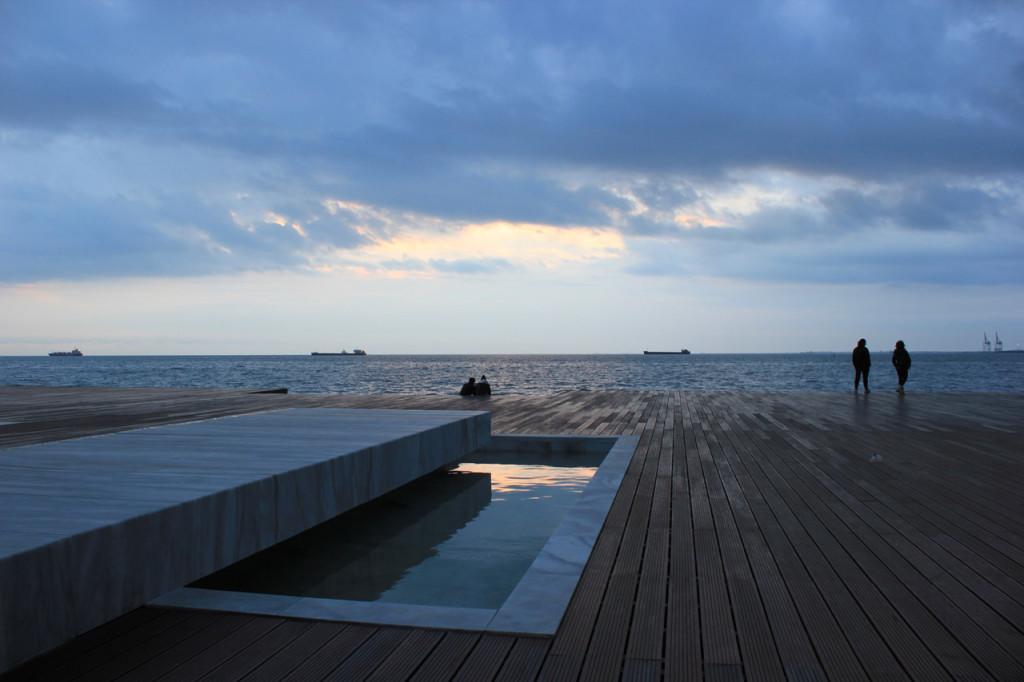 Detail of the wooden platform. Photo by Prodromos Nikiforidis. 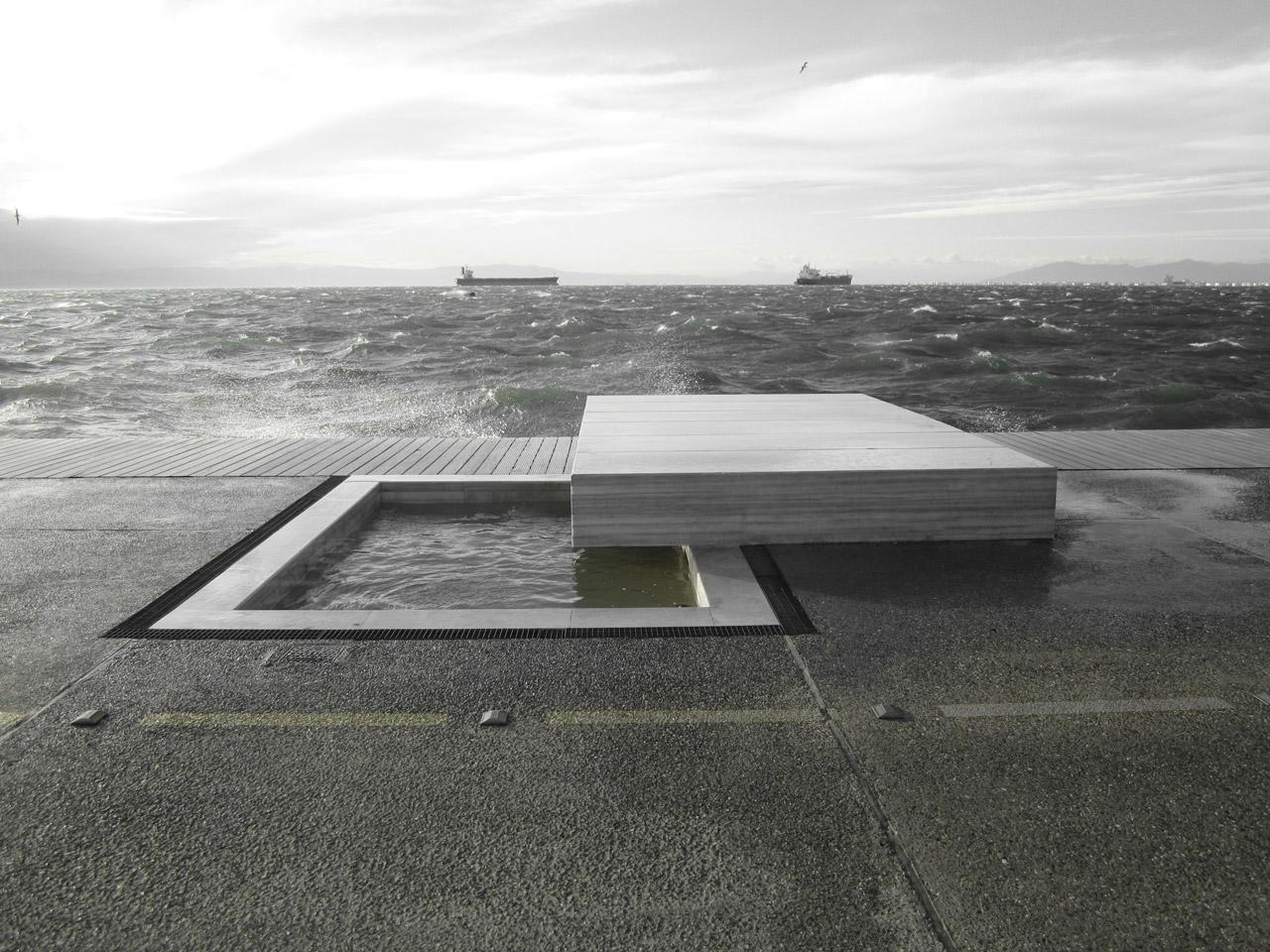 Detail of the quay. Photo by Prodromos Nikiforidis.

The green spaces: at the inner side of the coast, 13 green spaces were formed, as a succession of “green rooms – gardens”, each with a special thematic characteristic. The choice of this term, rooms – gardens, describes the intentions: it is about a sequence of spaces that attempt to maintain the familiar atmosphere of the private, while forming the public space. It’s not about big “parks”, but “rooms” of small size that remind of the domestic gardens that existed in the area and used to reach the natural seashore, before the landfill of the coast. 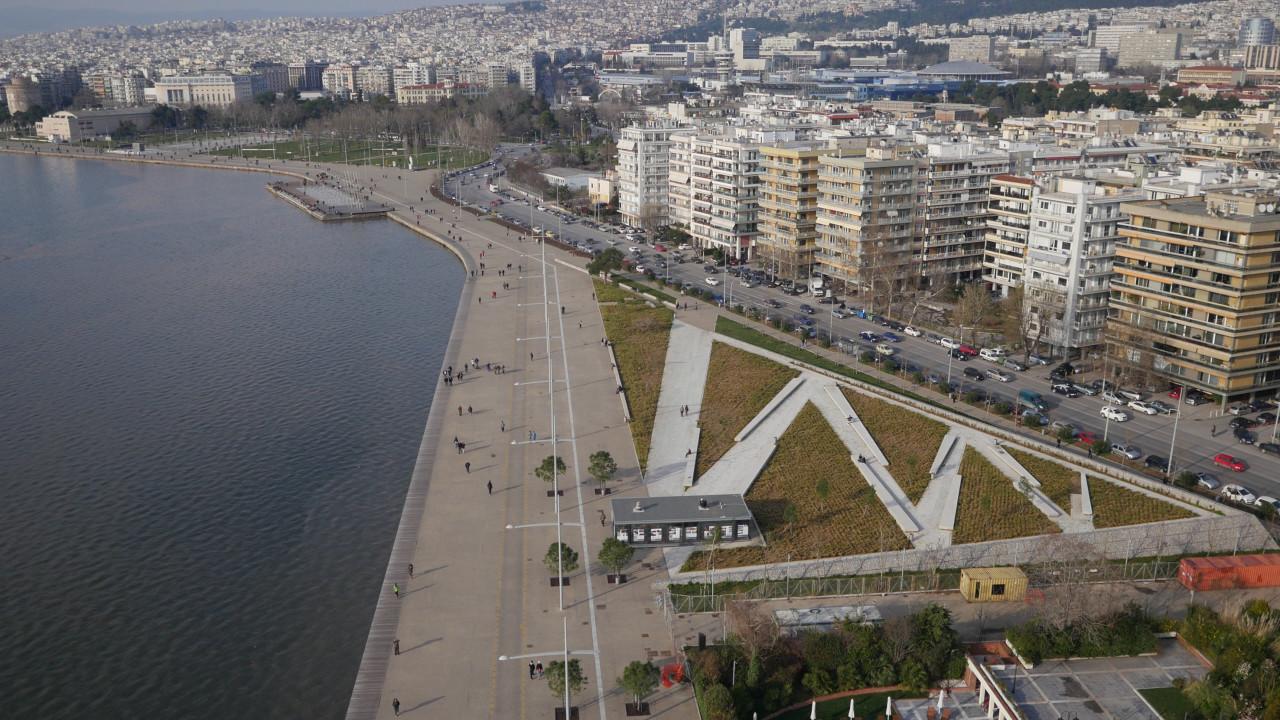 Aerial view, The garden of the afternoon sun. Photo by EVDOS PRODUCTIONS.

Air photo of the project area. Photo by Bernard Cuomo. 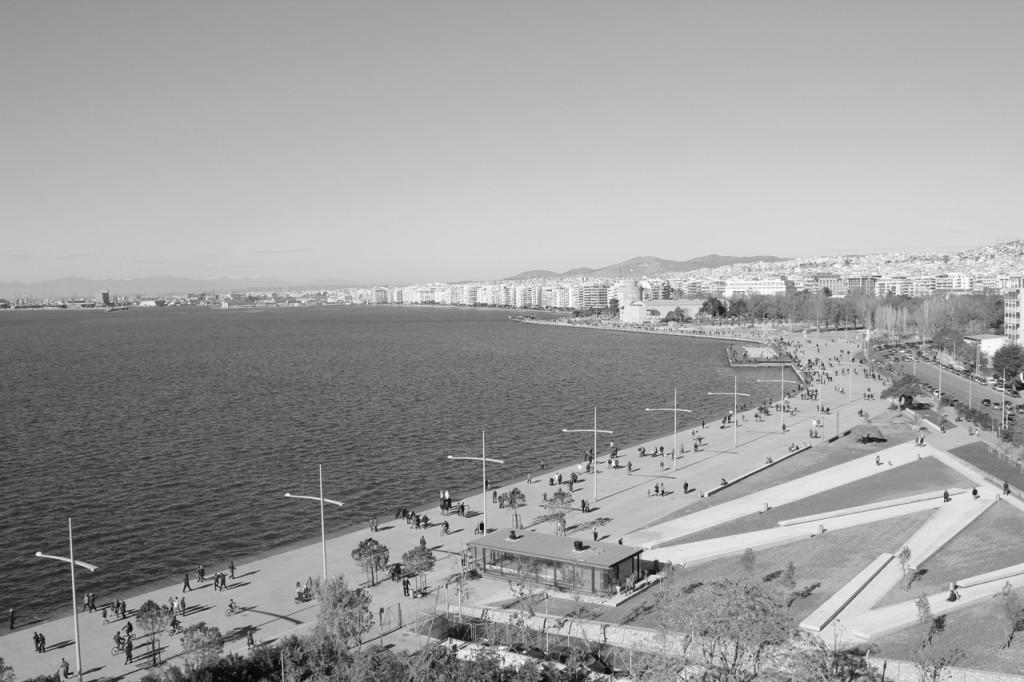 The garden of the afternoon sun. Photo by Prodromos Nikiforidis. 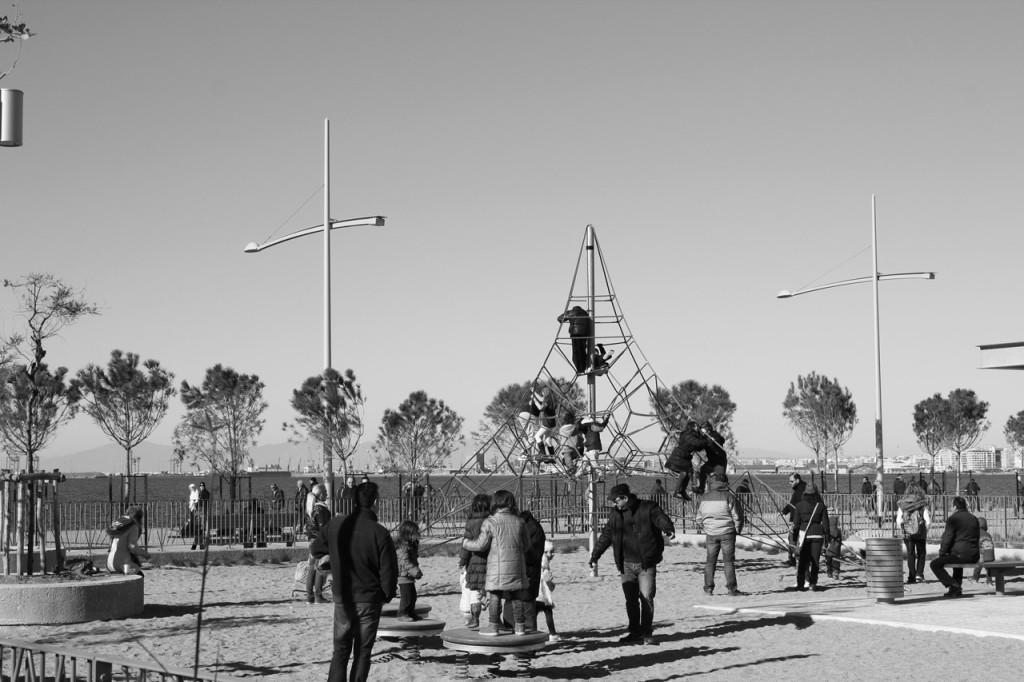 The garden of the sand. Photo by Prodromos Nikiforidis. 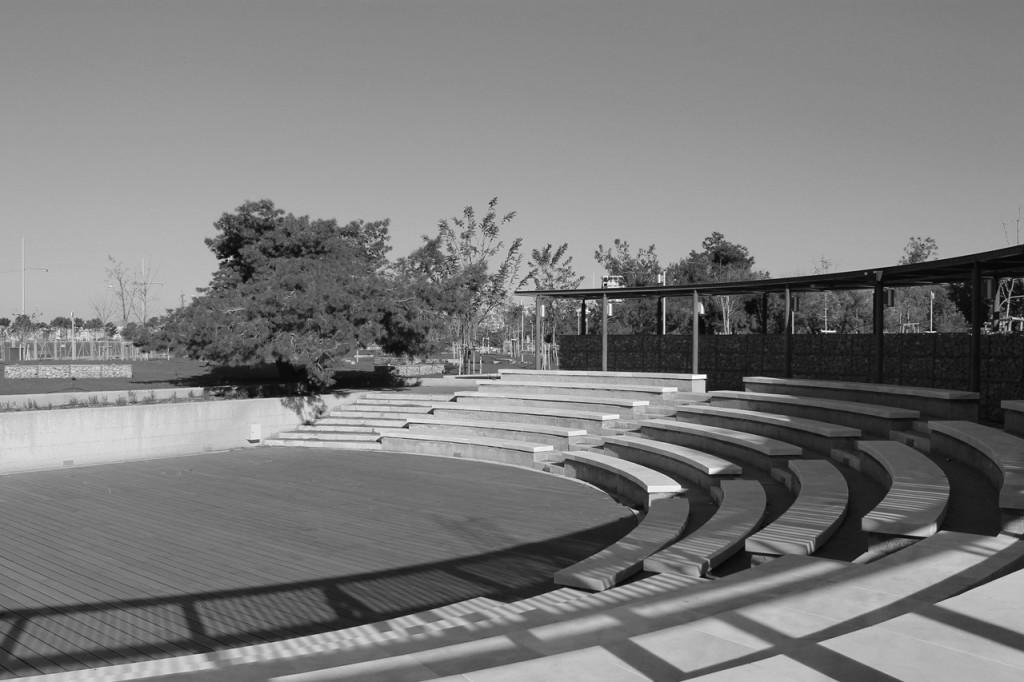 The garden of the seasons. Photo by Bernard Cuomo. 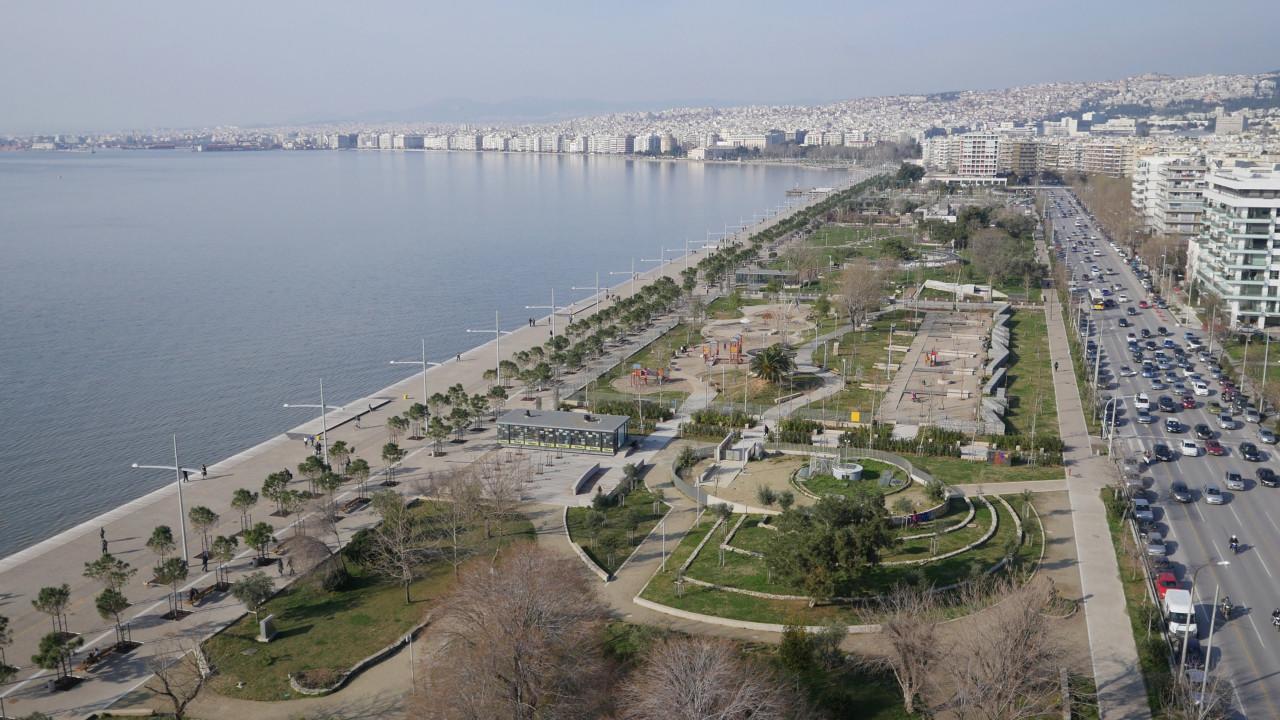 The garden of Odysseas Fokas. Photo by EVDOS PRODUCTIONS. 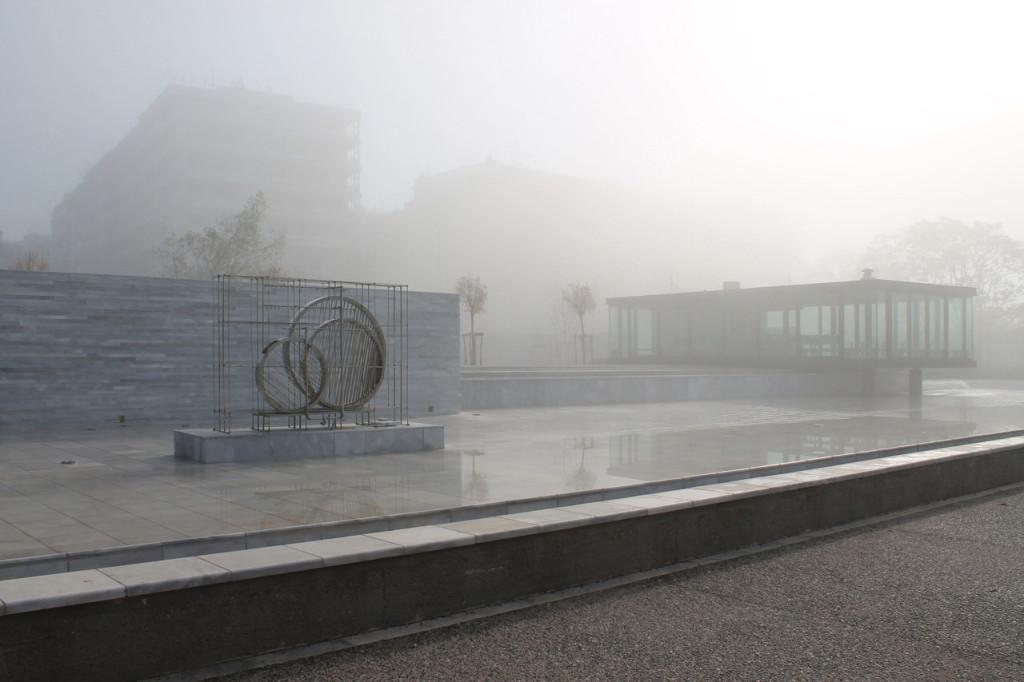 The garden of the sculpture. Photo by Bernard Cuomo. 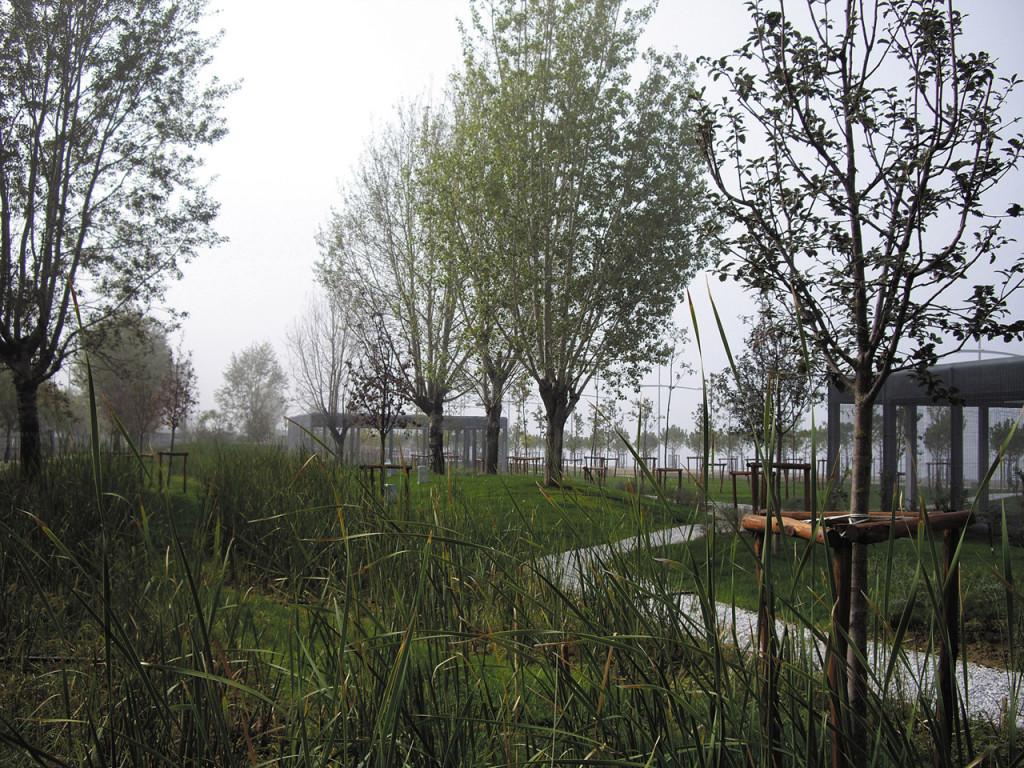 The garden of the sound. Photo by Bernard Cuomo.

The redevelopment of the New Waterfront was the theme of an International Architectural Competition launched in 2000 by the Municipality of Thessaloniki. The construction of the proposal awarded the 1st prize begun in 2006. The first part (around 75800m2) was completed in 2008 and the second part (around 163000m2) started in 2011 and was completed in 2014. The total length of the New Waterfront is 3,5km. The project was nominated for the Mies van der Rohe Award, the EU Prize for Contemprary Architecture, in 2011 for the first part and shortlisted for the completion of the second part for the year 2015. 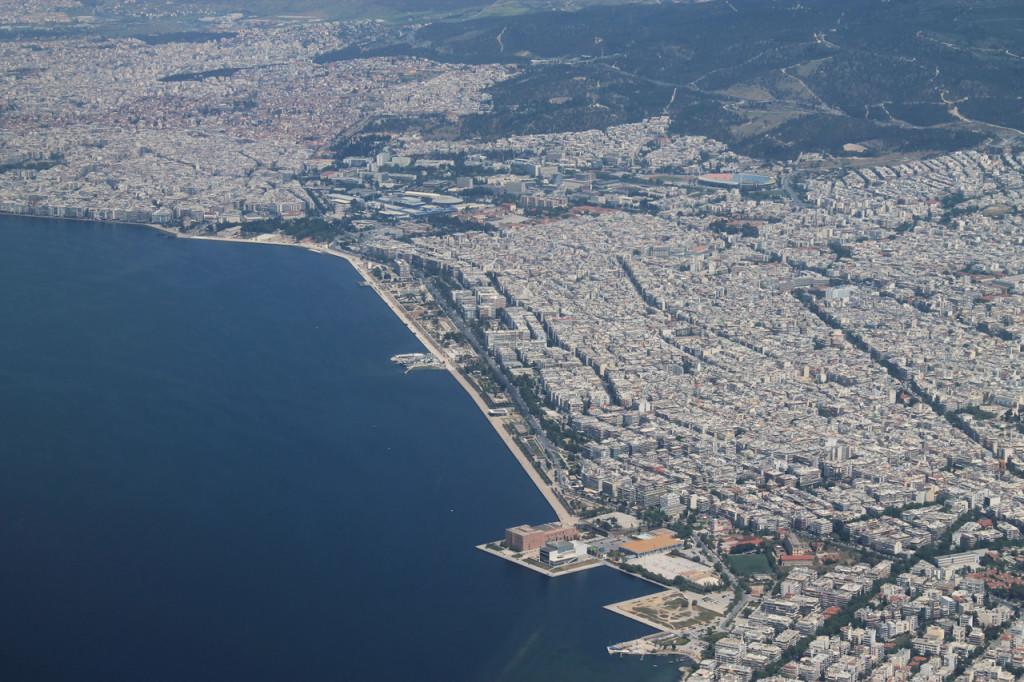