This design proposal for the new Museum of the mythical ship Argo in the city of Volos, offers the space to the community and its visitors as a means of a gradual introduction to and participation with the time and space of the Myth and the journey of Argo as well as the multitude of its allegories. 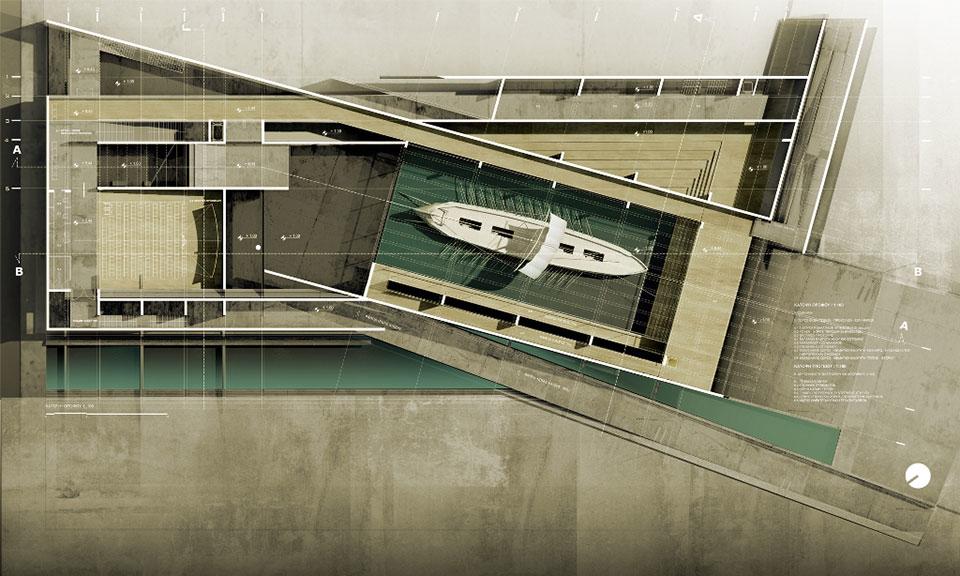 The Museum is structured through the interweaving of two line systems, one constant and stable the other more fluid. The stable one adheres to the line geometry of the plot of land that is the site and is comprised of the support facilities of the Museum. The other, the more kinetic one, is characterized by its oblique delineation and includes the extrovert exhibition spaces of the Museum. This shift of the building volume is meant to indicate the endless journey of the mythical ship Argo. The two different systems / Museum sections, are brought together and find articulation in the atrium.

A basic element of the main concept and design structure of the Museum is the unfolding of an ascending route, which starts outdoors at the main entrance to eventually connect with the main body of the building thus introducing an upward “journey” for the visitor. Argo is gradually revealed with the gait of the visitor, a gradual approach that is achieved by the endless ascending movement around the boat. This single-line continuous route in relation to its center, Argo, brings together all the individual exhibition spaces around the main exhibit. 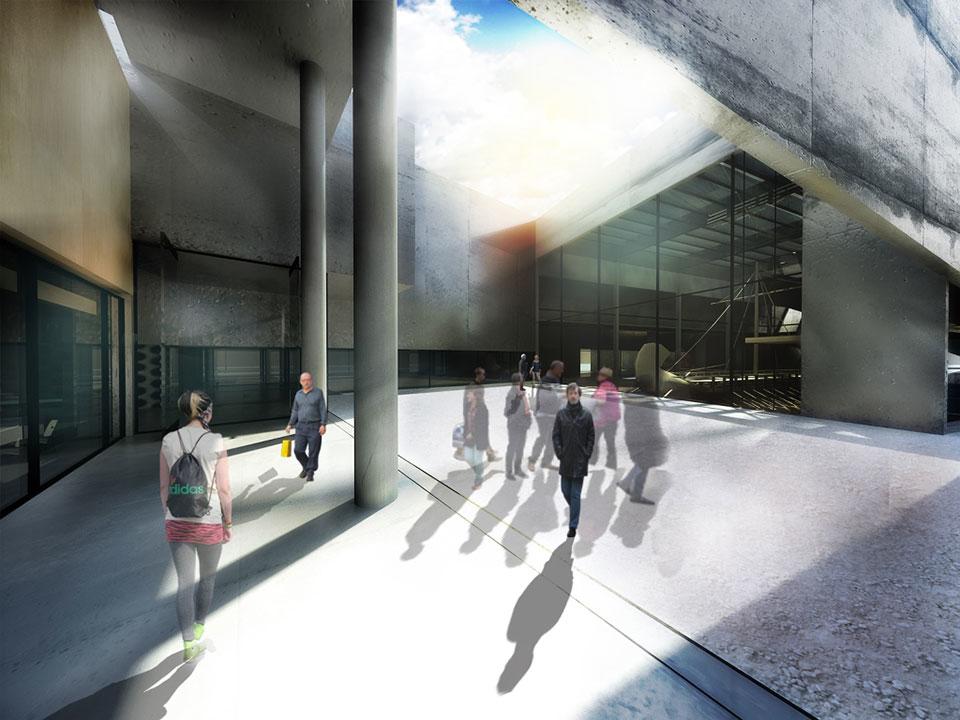 Four interrelated themes are presented in the Museum: the Place, its History, the Myth, the mythical as well as the new Argo – human knowledge and the exploration of the unknown. The employment of modern multimedia is incorporated within the framework of the intentions of the Museum for the projection of our cultural heritage through new technologies. The sea-depth is transcribed in our circumcentral “container” of social life through the extensive water surface over which Argo hovers and the simultaneous submersion of the great exhibition hall. The movement has also the possibility of a reverse reading since eventually the beginning and the end are identical. The gradation of light, from the twilight, which predominates the areas of the perimeter away from the center, towards the bright space of the main exhibit – in conjunction with the ascending exhibition route – determines the rhythm and the variations of the visitor’s promenade, the phases and the climax of the journey. 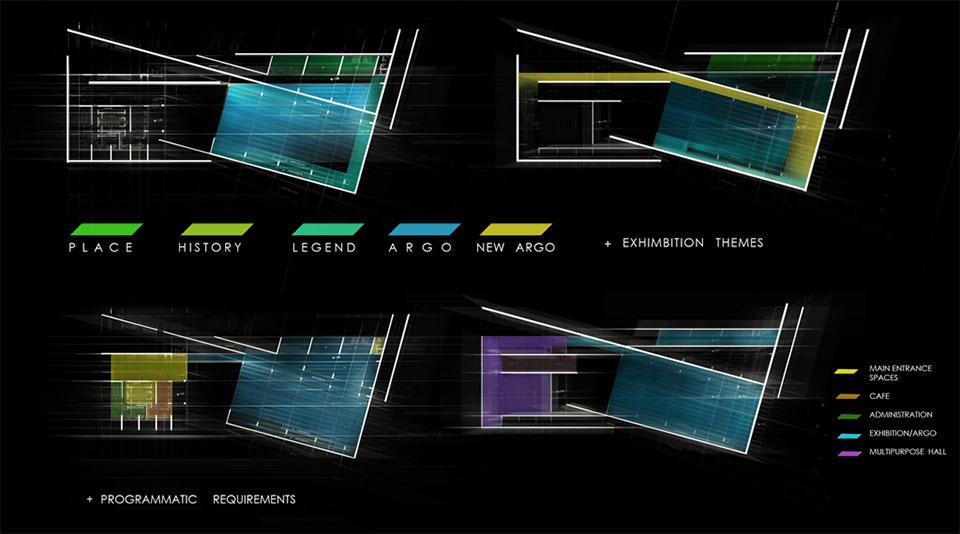 Both concrete and wood, as the dominant materials, as well all the rest that construct the Museum, are basic, simple and local. Water is the natural receptacle of the Argo and a reflector of the sky which connects the inside with the outside, up with down. The Museum is intended as the starting point for a more generic development of the broader urban area with the possible creation of green spaces, thematic parks, recreation spaces and educational or cultural institutions.

The proposal for the Museum of the Mythical Ship Argo by Katerina Daskalaki and Fotis Zapaniotis, has been selected to be showcased at the 8th Young Architects Biennial to take place in Athens in September, proudly supported by SIAS SA.