The land of 1500 m2, is situated on the borders of the village of Kato Livadi overlooking the southeast valley and the southwest steep hills leading to Hora and Kapsali. The building complex of ​​200sqm., is a family vacation house while its functional program is divided into three modules, which consist of the guestroom, the main house and the office. Our attempt is to create an open cavity in the ground, which coincides with the meaning of the void. 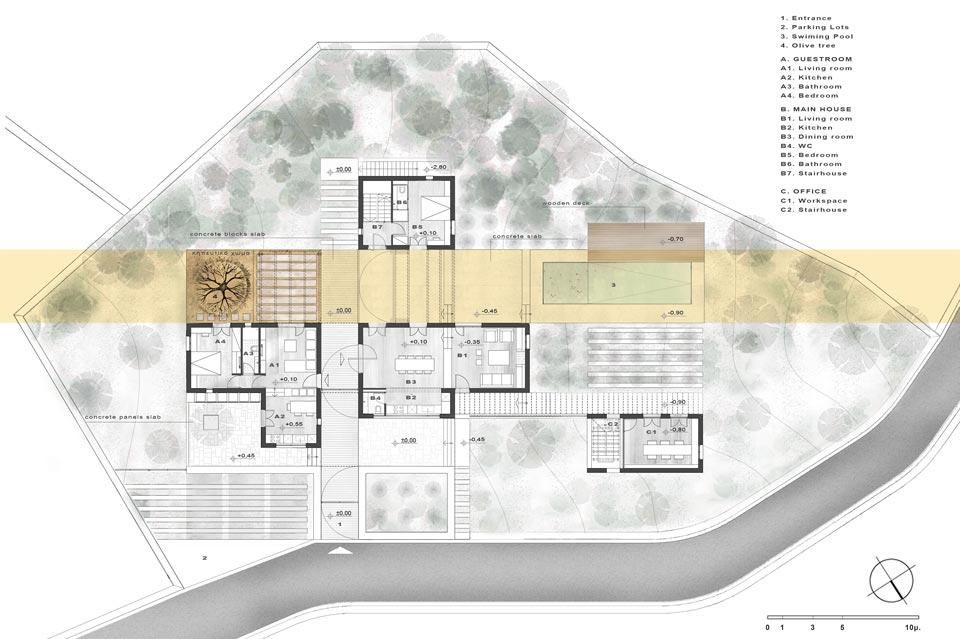 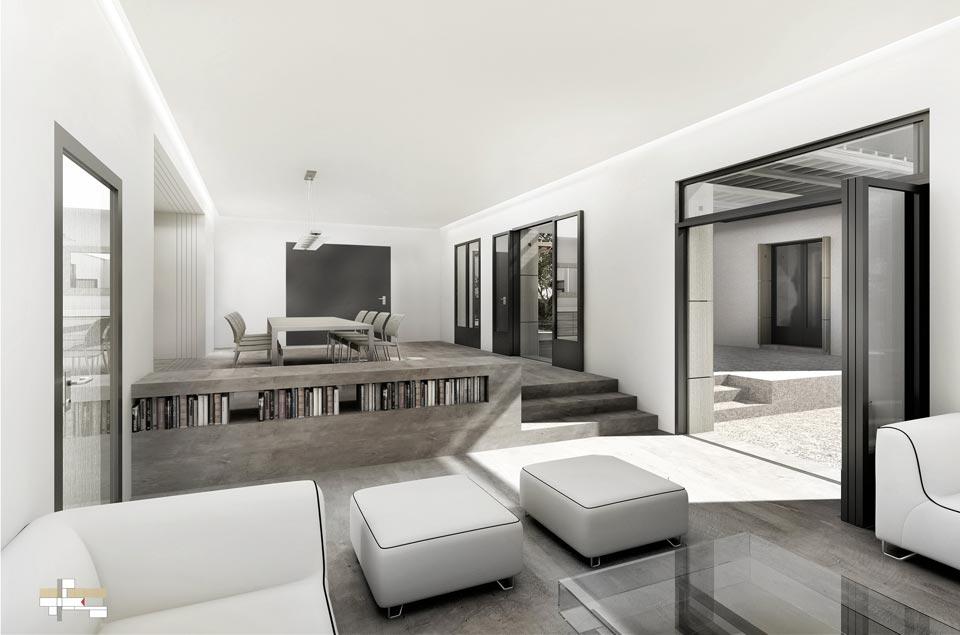 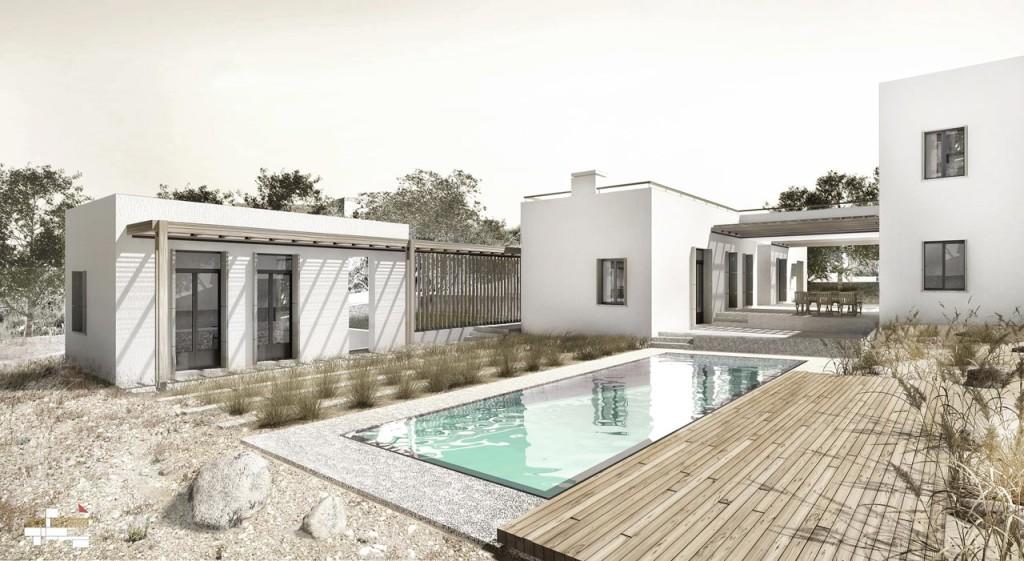 Therefore the void is described as an open platform of activities which narrates multiple spatial gradients for the familiarization of space, both in relation to the natural landscape and to the building complex as a whole.

KAAF is an Athens based architectural practice, established by Alexandros Kitriniaris. Their design for a vacation house in Kythira Island, GR, has been selected to be showcased at the 8th Greek Young Architects Biennial inaugurated in Athens in September, proudly supported by SIAS SA.