To be traditional is to be contemporary

Aris Konstantinidis (1913-1993), is one of the most prominent greek contemporary architects, whose work has been recognized regionally and internationally. Konstantinidis studied in Munich from 1931 to 1936, where he came in contact with modernist architectural concepts of the time. Like many modern architects, Konstantinidis’ work turns to a poetics of construction, through a deep and very personal comprehension of the greek landscape’s qualities and conditions.

Konstantinidis’ architecture is one of strong personality, unadorned and respectful to its environments. For the architect, a building should appear as it has “sprung” from the ground. To accomplish this coherence with its surroundings, a building should remain true to the ‘life’ it contains –serve its functional purposes- and true to construction –reveal its structural logic without decorative elements. He has emphasized that these qualities are inherent to elementary, vernacular structures and popular architecture buildings, which he has studied through his written and photographic work (Elements of self-knowledge – Towards a new Architecture (1975), Old Athenian Houses (1950), Two churches in Mykonos (1953), Theoktista (1994)). 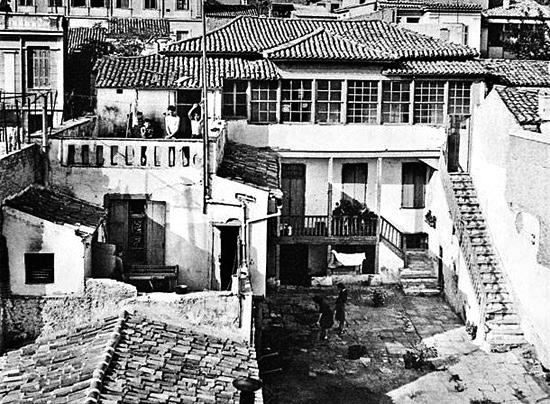 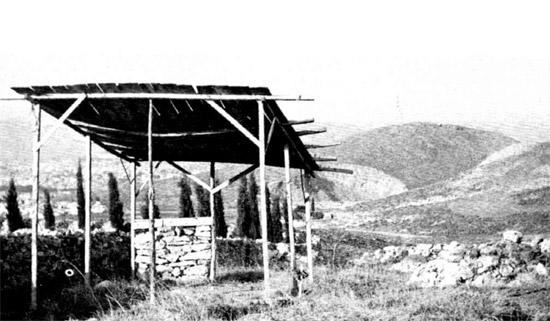 From his position as head of Workers housing Organization (1955-1957) and head of Technical Services of National Tourism Organization (1957-1967), Konstantinidis planned and oversaw the construction of several low-income public housing projects as well as the renowned Xenia hotel program. His adherence to the concepts of incorporating a structure to its respective site, with respect to its functionality and construction logic is reflected in these projects, but is more condensed in his private commissioned work, such us his studies for Week-end houses (1942-1945), the Week-end house in Anavissos (1962), Residence with Studio in Aegina (1974-1978) and Weekend house in Aegina (1975). 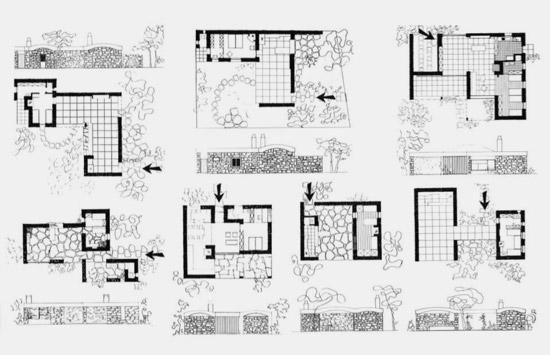 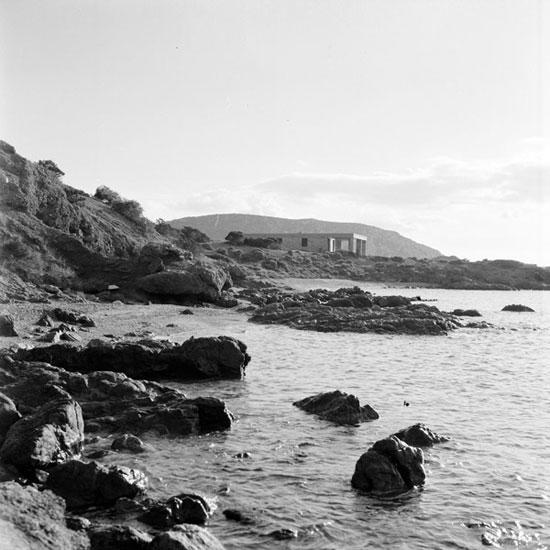 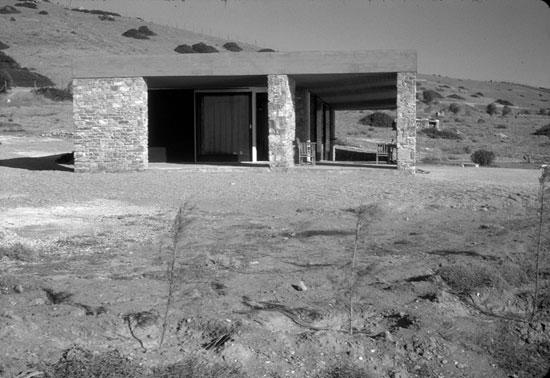 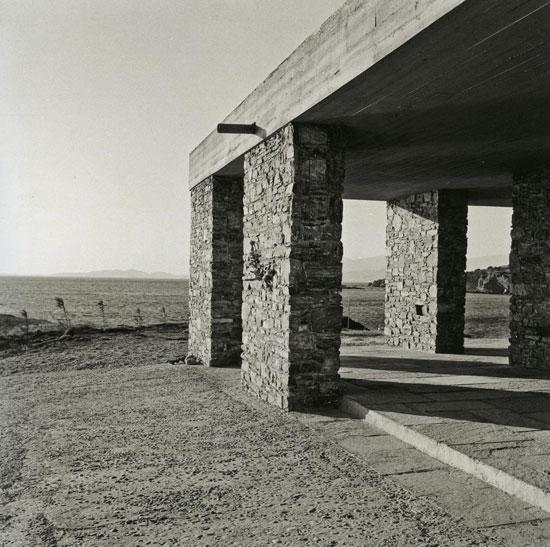 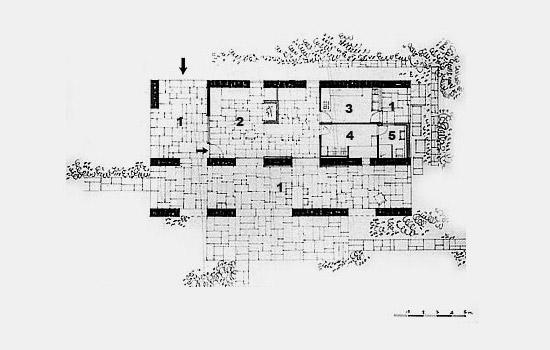 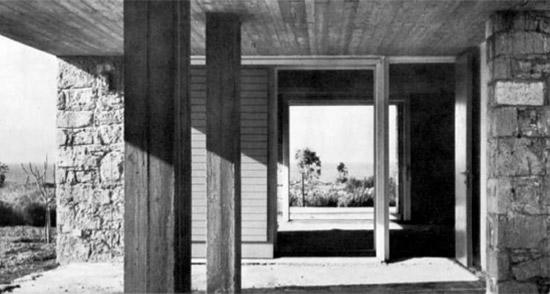 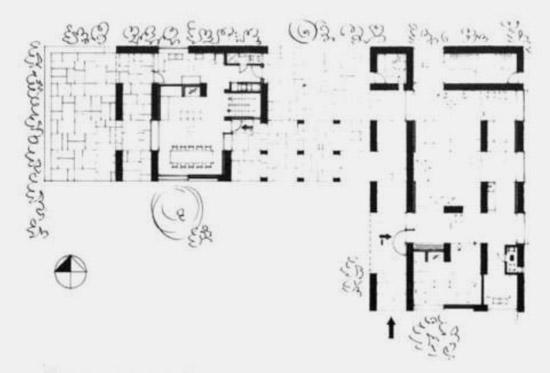 Residence with studio in Aegina, Floorplan. 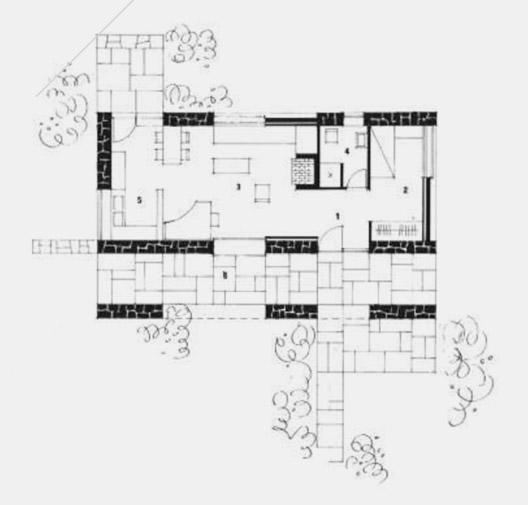 Konstantinidis’ architectural vocabulary is simple and identifiable: stone walls and stone structure that support bare concrete beams. His planning logic is influenced from the modernist repertoire -a rigid grid-pattern- adapted to regional climatic conditions. His buildings prove a unique, sensitive elaboration and comprehension of materials, of handling the light in relation to the building’s interior and outdoor spaces and of its placement to embrace the landscape. For Konstantinidis, a building is a form that is never final or finished. It is one that is completed as time goes by, flowering again and again into daily perfection.

End of Part 1. Next week we will be visiting Aris Konstantinidis’ approach to large-scale public projects, Xenia Hotels and Low-income public housing buildings.

To be traditional is to be contemporary part #02: infrastructure in post-war Greece
Handbusch
©2009 - 2022 SIAS SA. ALL RIGHTS RESERVED.