Levitated ground floors, slender pilotis and cantilevered horizontal volumes were all recurring themes in european modernist architecture that elaborated the idea of built structures’ detachment from the ground. The beginning of last century however, meant the advent of even more radical ideas of aerial space inhabitation, such as The Flying City Project, designed in 1928 by Georgy Krutikov, a student of the Soviet Rationalist Nikolai Ladovsky at Vkhutein (previously Vkhutemas, the influential school of architecture in Moscow). 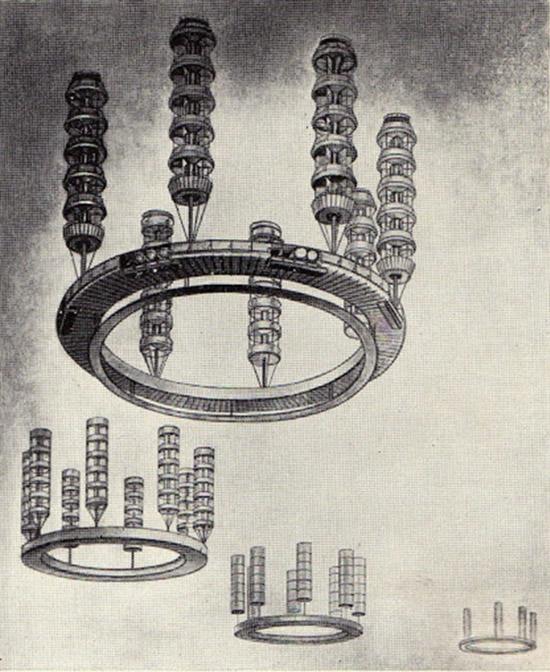 According to Krutikov’s proposal, dwellings and official buildings in Flying City would hover above the earth, powered by atomic energy, in an effort to minimize the impact of cities on the environment. 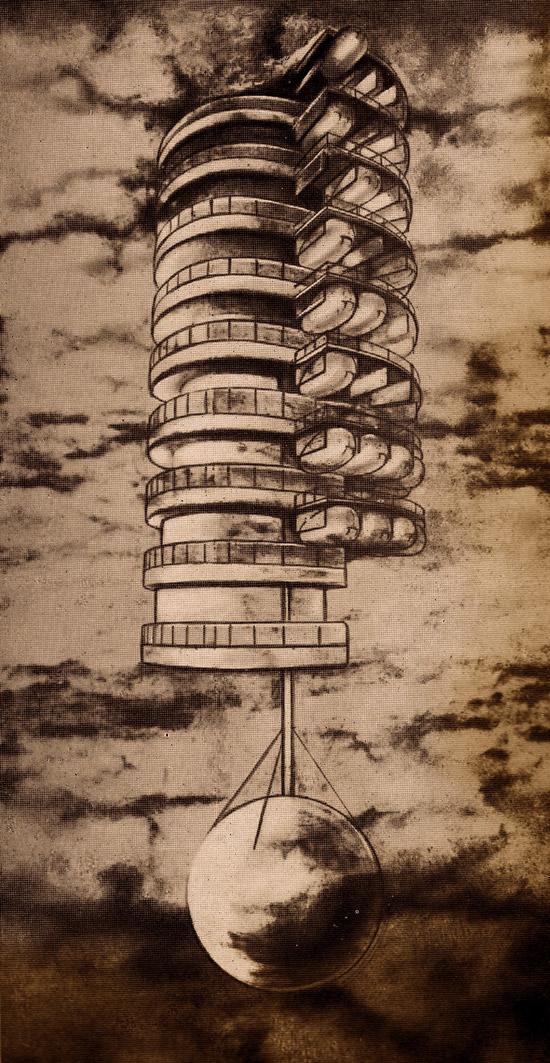 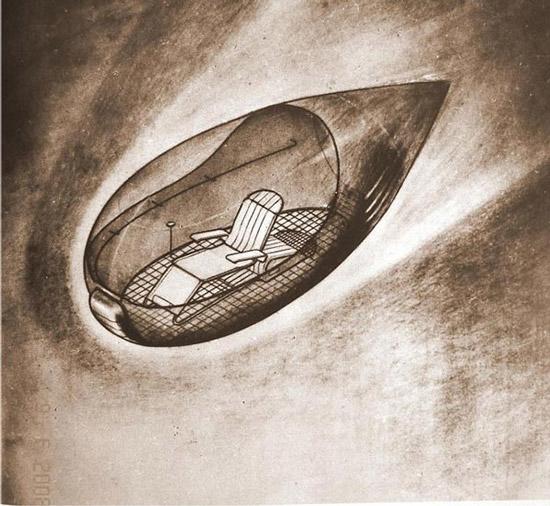 Dwellings would be equipped with individual cabins to allow transportation between the city and ground level, also serving as short-term mobile homes. Ground level would be reserved for communal activities, labor and leisure. 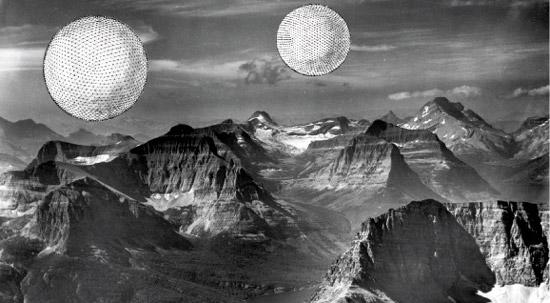 Later on, in 1962, Buckminster Fuller proposed Cloud Structures, geodesic spheres of 1.5 miles diameter that would float through the air, carrying thousands of inhabitants. Following his study on geodesic structures – triangular shaped component arrangements – Fuller suggested that these megastructures could lift a considerable mass allowing for mini-cities to be built in this way. Due to how stress is distributed on the surface of the spheres the volume they enclose grows much faster than their mass, thus when heating the air inside them, Fuller calculated they would become airborne. The Cloud Structures could be tethered, or free-floating, or maneuverable so that they could ‘migrate’ in response to climatic and environmental conditions, such as providing emergency shelters. 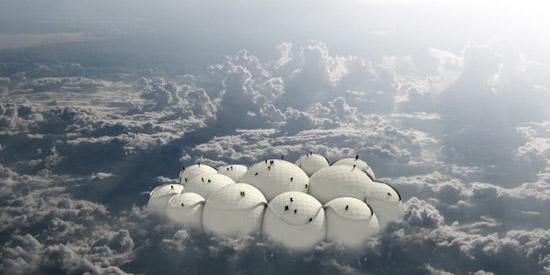 Utopias of soaring crowds populating the air may have not been realized, however the concept of detachment from the ground, endorsed with low-impact, sustainable living approaches are still alive today. In response to ‘life at the speed of rail’ competition seeking design solutions for a high-speed rail system, architect Tiago Barros proposed Passing Cloud, an alternative approach to travelling. Passing Cloud is a steel framed, cloud-shaped structure covered with heavy weight tensile nylon fabric that serves as a transportation means, only the destination remains unsettled. The structure moves according to prevailing winds speed and direction, the travellers simply sitting on top of it during the journey. 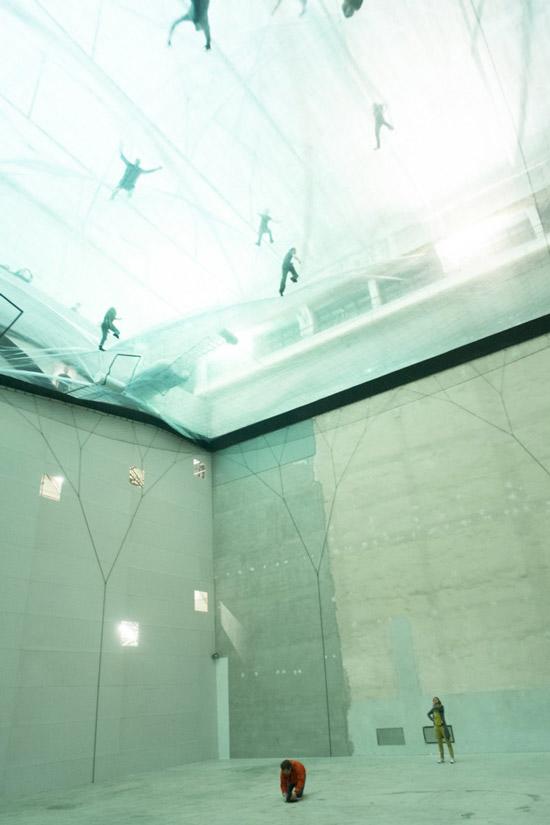 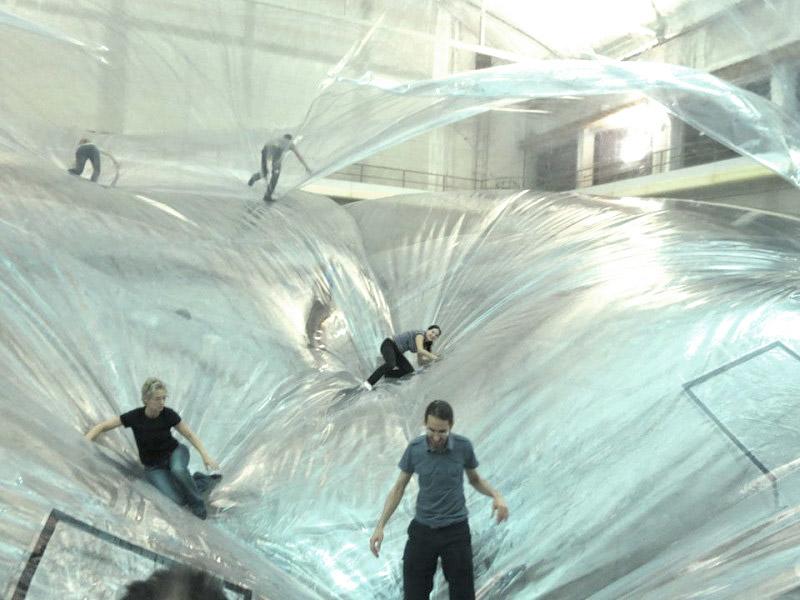 Artist and architect Tomás Saraceno, is internationally known for his visionary and surprising installations that invite interaction with the public. Saraceno’s projects, a synergy of art, architecture and engineering, is inspired by the tradition of 20th-century utopian architecture and stems from the desire to create aerial structures that can be inhabited by people, are self-sufficient and have a low environmental impact. His work, offers a modified perception of architectural space, that of being liberated from the ground.

See more work by Tomás Saraceno in this blog here